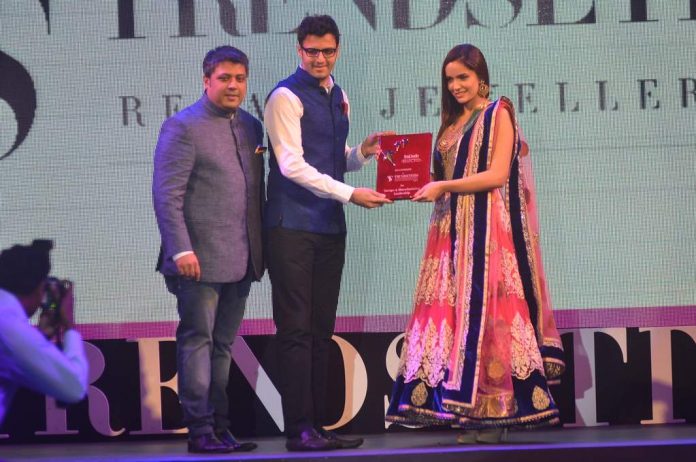 BollywoodGaram.com: Bollywood actresses Aditi Rao Hydari and Shazahn Padamsee set the ramp on fire during the Retail Jeweller India Trendsetters 2014 show. The Exclusive Marketing Program was launched at the Grand Hyatt in Mumbai on February 20, 2014.

Aditi made her debut in Bollywood in 2009 with the movie ‘Delhi 6’ and shot to fame with the movie ‘Yeh Saali Zindagi’, in which she played the role of Shanti. The actress also starred in the Ranbir Kapoor-starrer movie ‘Rockstar’.

In 2013, the actress played the role of Ankita Thakur in the Akshay Kumar-starrer movie ‘Boss’ and is currently working on ‘The Legend of Micheal Mishra’ and ‘Guddu Rangeela’.