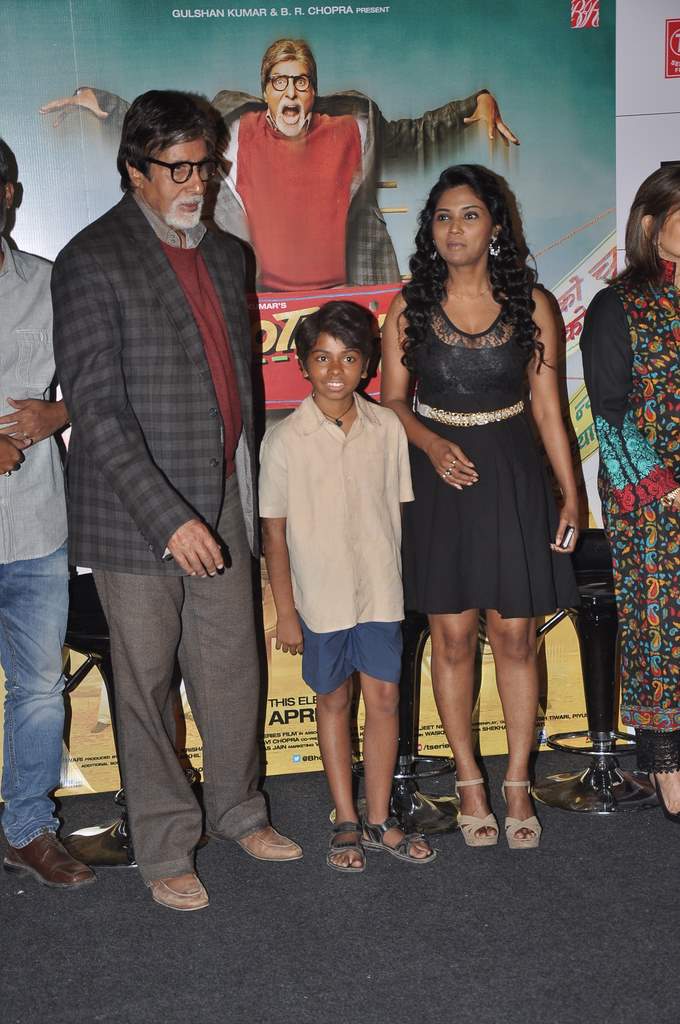 During the event, Bachchan thanked T-Series for approaching him for the sequel. While talking about the movie, Amitabh said that Parth – who is a small boy in the flick – is the only one who can see the famous actor, who will be seen reprising the role of Bhoothnath.

The movie is directed by Nitesh Tiwari and features Amitabh, Shahrukh Khan and Boman Irani in the lead roles. ‘Bhoothnath’ will be released in theaters across the country on April 11, 2014.

Actress Shashikala Saigal passes away at 88