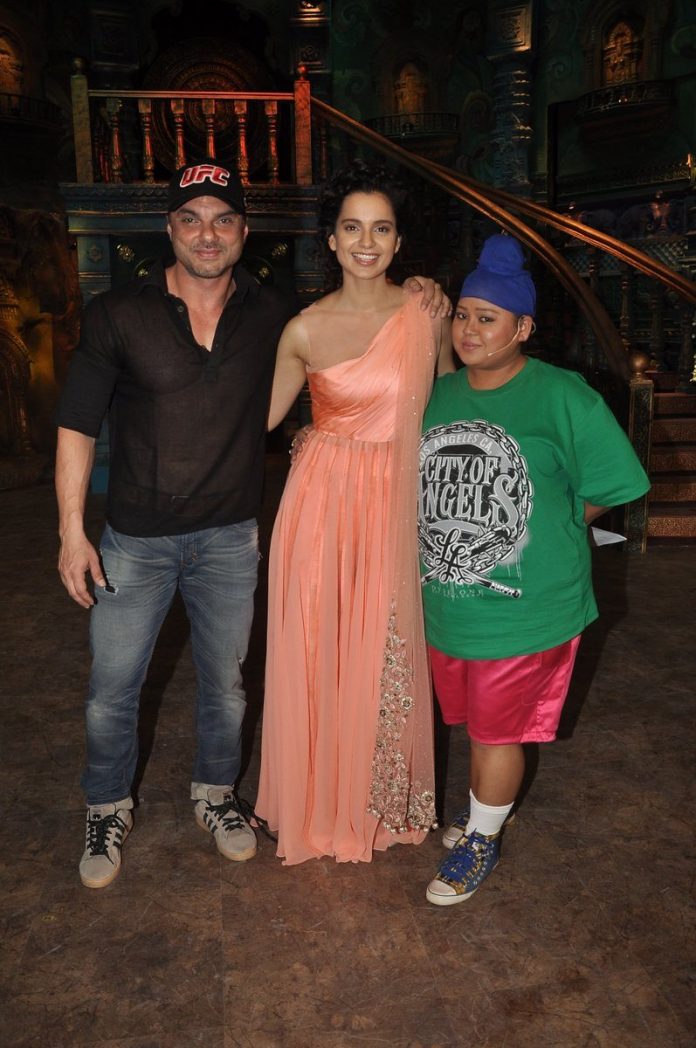 Kangna wore a pretty peach gown for the promotions and it seemed like she had a great time with the artists on the show. ‘Queen’ is directed by Vikas Bahl and will be released in theaters across the country on March 7, 2014. In the flick, Ranaut will be seen playing the lead role of a young, 24-year-old girl, raised in a conservative family.

Ranaut’s character Rani will be seen going on her honeymoon alone, after her wedding is called off by her fiancé at the last minute.