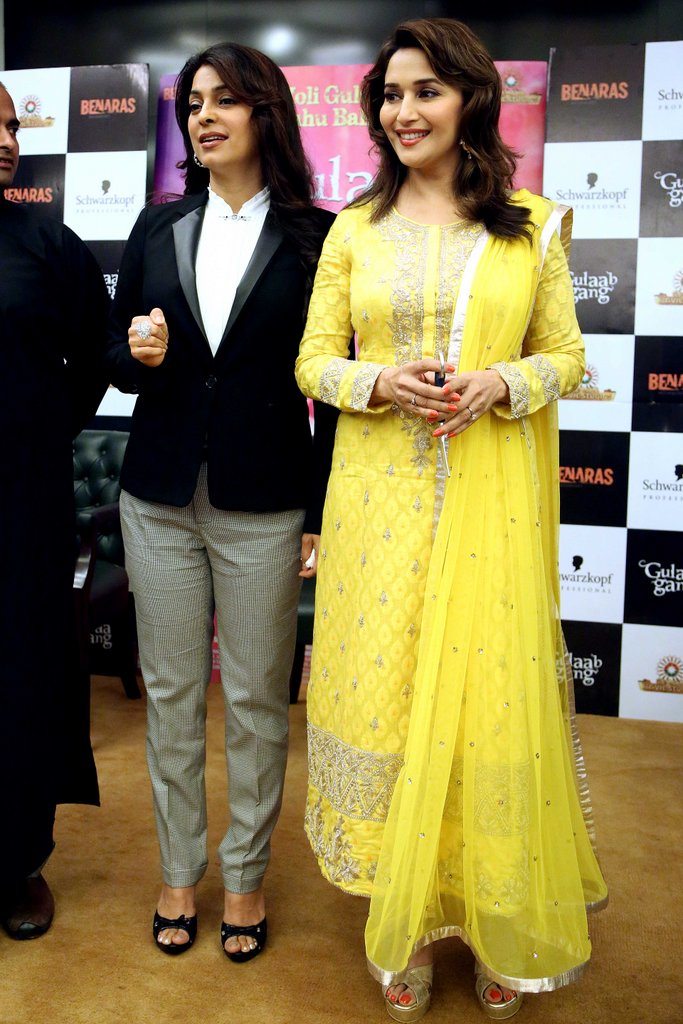 BollywoodGaram.com: Bollywood actresses Madhuri Dixit and Juhi Chawla promoted their upcoming movie ‘Gulaab Gang’ in New Delhi on March 4, 2014. The movie is all set to hit theatres on March 7, 2014.

During the press meet, Dixit said that through the movie, the makers want to convey a message that women need to be empowered and need to be educated in order to become independent and get respect in the society. In the movie, Madhuri will be playing the role of Rajjo.

The flick also has Juhi, who plays a wicked politician. ‘Gulaab Gang’ is directed by debutant director Soumik Sen and is produced by Anubhav Sinha.