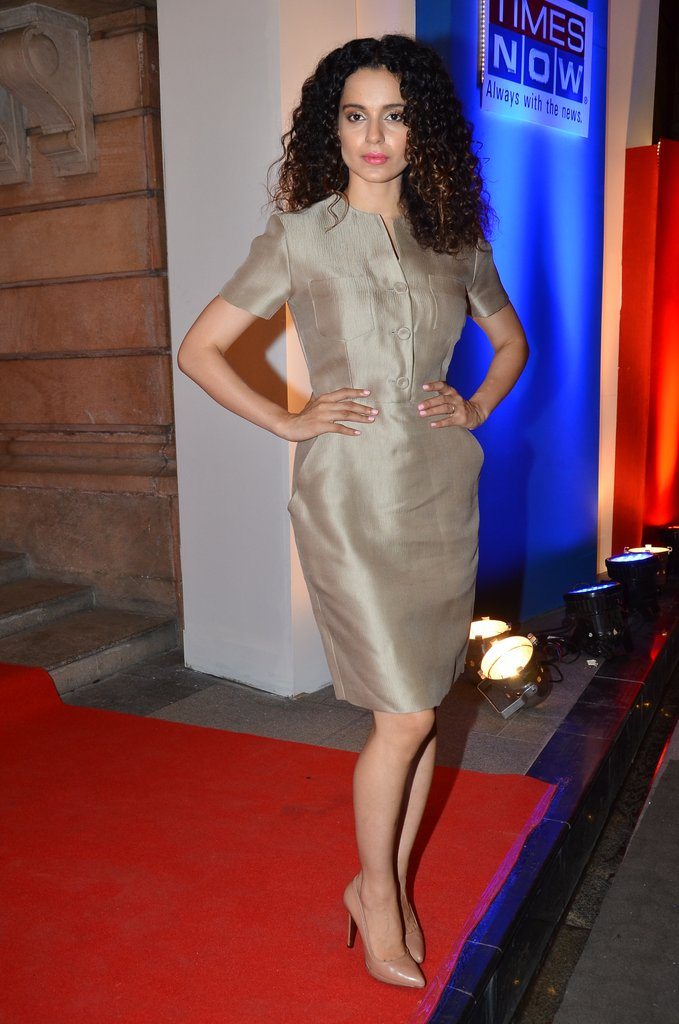 BollywoodGaram.com: Gorgeous actress Kangna Ranaut attended the Times Foodie Awards 2014 which were held at ITC Grand Maratha in Mumbai on March 10, 2014. The event was also attended by Randhir Kapoor, Jacky Bhagnani, Sharman Joshi, Rahul Roy and many others.

Kangna is currently enjoying the success of her movie ‘Queen’, which hit theaters on March 7, 2014. The flick has Kangna in the lead role and she plays a simple girl from Delhi who is preparing for her wedding, however, her big day gets called off by her fiancé. She then decides to go on her honeymoon alone.

The movie also has Rajkumar Rao and Lisa Haydon in the supporting roles.