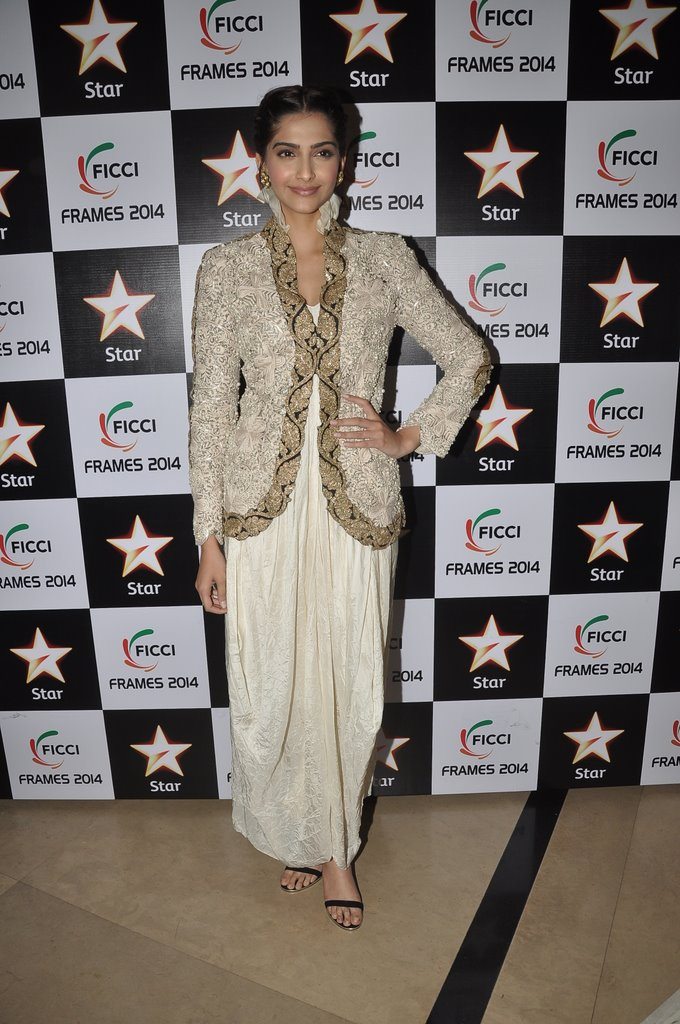 BollywoodGaram.com: Actress Sonam Kapoor was present during the inaugural session of the 15th FICCI Frames 2014 in Mumbai on March 12, 2014. The ‘Mausam’ actress lit the inaugural lamp with other dignitaries who attended the event, including filmmaker Ramesh Sippy and the CEO of Star India, Uday Shankar.

The conference started with the delegates talking about the growth in the media and entertainment industry in 2013.