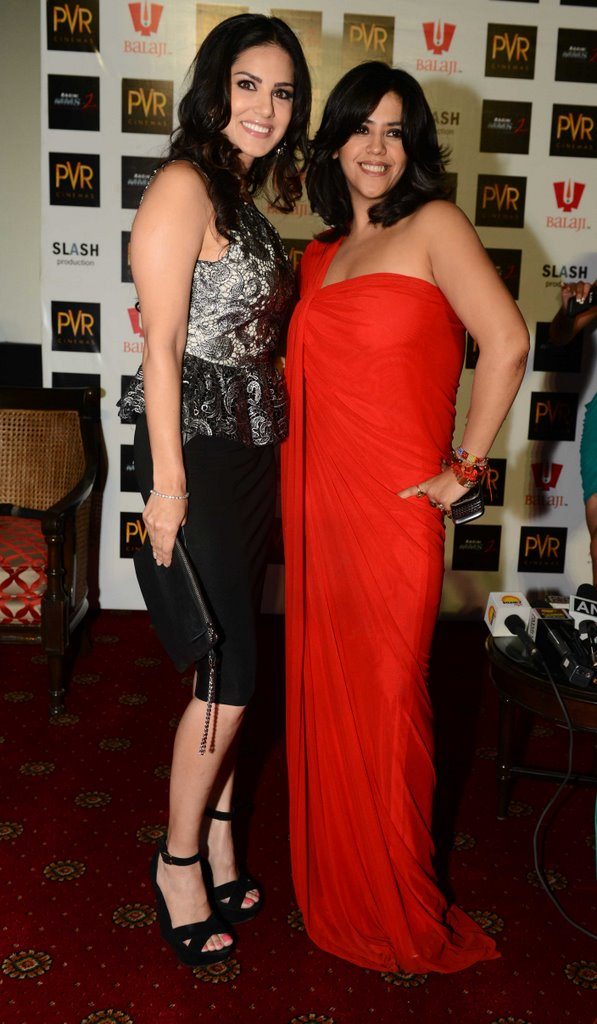 BollywoodGaram.com: Indo-Canadian adult star Sunny Leone and producer Ekta Kapoor promoted their upcoming movie ‘Ragini MMS 2’ in Delhi on March 14, 2014. ‘Ragini MMS 2’ is a horror thriller which will be released in 3D on March 21, 2014.

While promoting the movie, Leone said that horror is a niche market, but Balaji Motion Pictures has created something really scary. The actress went on to say that she watched the climax and loved it. ‘Ragini MMS 2’ is a sequel to the 2011 horror movie ‘Ragini MMS’.

The movie also stars Pravin Dabas and Sandhya Mridul. The songs from the movie featuring Honey Singh have already become popular among the audience.