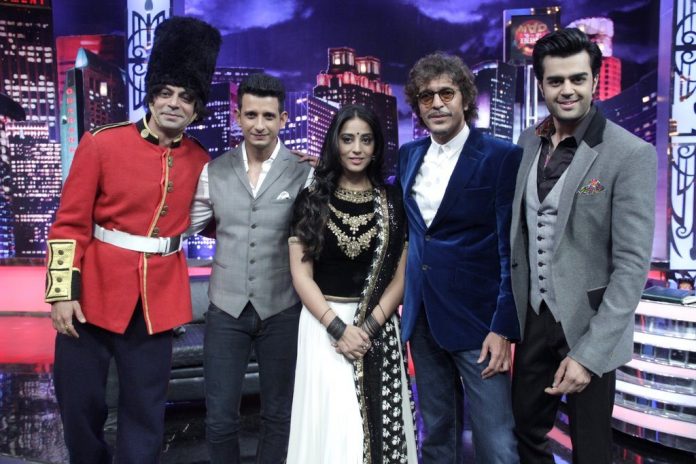 BollywoodGaram.com: The lead actors from the upcoming movie ‘Gang of Ghosts’, Mahie Gill and Sharman Joshi promoted the flick on the popular show ‘Mad In India’ on March 14, 2014. The show is hosted by Manish Paul and also features Sunil Grover.

While on the show, Mahie had fun with the host and also shook a leg as she donned a funny ghost costume. The upcoming movie ‘Gang of Ghosts’ is a paranormal comedy which is directed by Satish Kaushik. The movie is a remake of the Bengali flick ‘Bhooter Bhabishyat’ and also stars Anupam Kher, Meera Chopra, Rajesh Khattar, Saurabh Shukla and Yashpal Sharma.