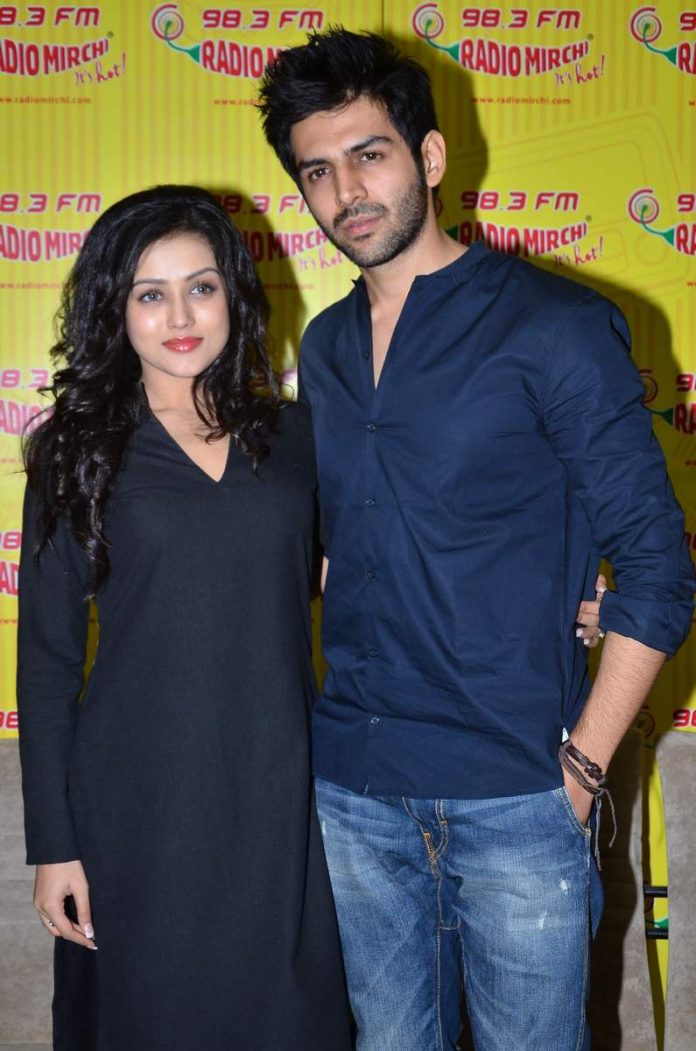 BollywoodGaram.com: Lead actors from the upcoming movie ‘Kaanchi’, Kartik Tiwari and debutant Mishti promoted their flick at Radio Mirchi on March 26, 2014. The movie is directed by Subhash Ghai.

The director was also present at the event. Pretty actress Mishti looked gorgeous in an all-black outfit, while Tiwari was dressed in casuals for the promotional event. ‘Kaanchi’ is a story about the inner power of a woman, who represents millions of suppressed youth against injustice in the country. Ismail Darbar’s son, Zaid Darbar composed the music for the flick and has assisted Ghai in direction.