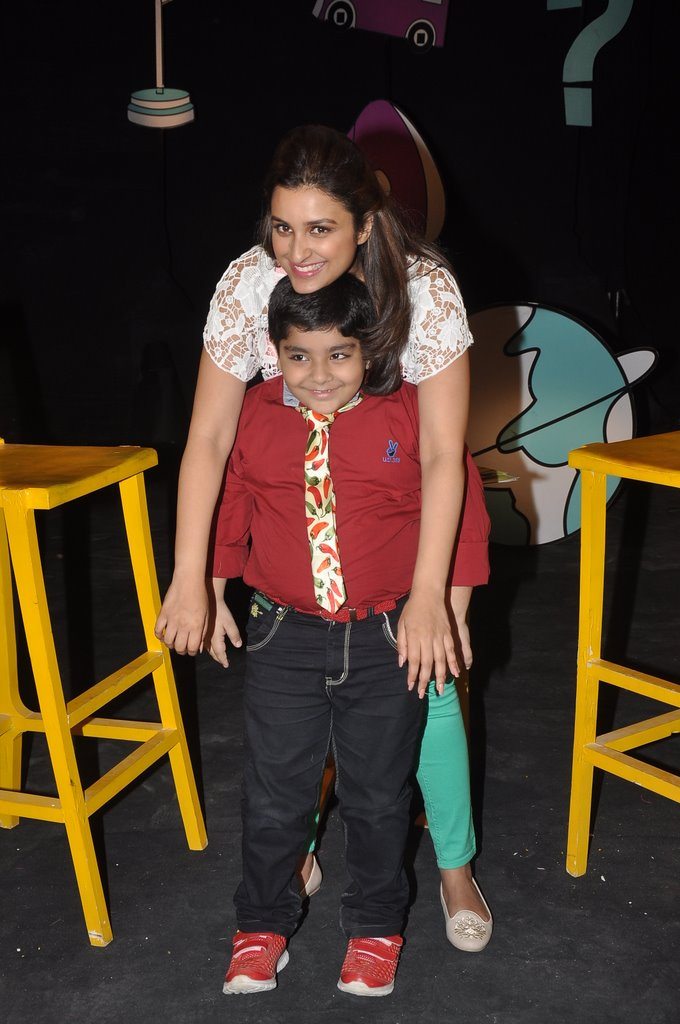 BollywoodGaram.com: Indian actress Parineeti Chopra appeared on the Disney’s Captain Tiao show. The ‘Ishaqzaade’ actress had plenty of fun with the child host Sadhil Kapoor while she was on the show.

The actress turned into a clown and was working out with kids on the sets. Chopra looked pretty in a green denim and a pink top. In recent times, Parineeti was seen in ‘Shuddha Desi Romance’ and ‘Hasee Toh Phasee’. At present, the actress is working on the upcoming projects like ‘Daawat-e-ishq’ and ‘Kill Dil’.

Parineeti made her Bollywood debut with the movie ‘Ladies Vs Ricky Bahl’ in 2011. Her performance in the debut flick was appreciated by the critics and she was awarded with the Filmfare award for the Best Female Debut.