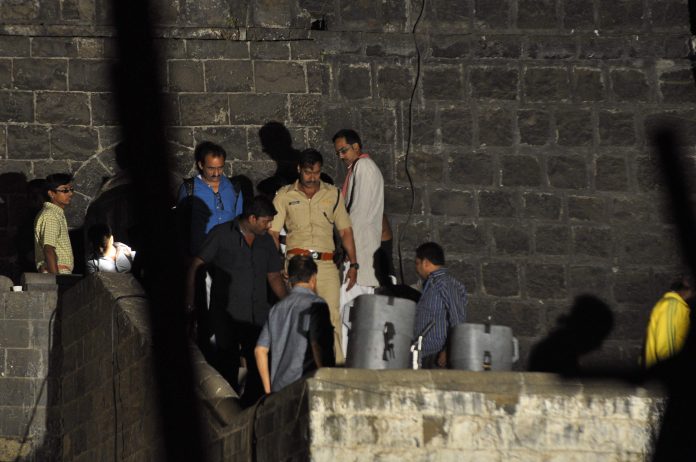 Popular filmmaker Rohit Shetty was also spotted on the sets. As usual, Ajay was seen in a cop’s outfit and was surrounded by other crew members. The upcoming movie is a Bollywood action flick and is expected to be released on August 15, 2014.