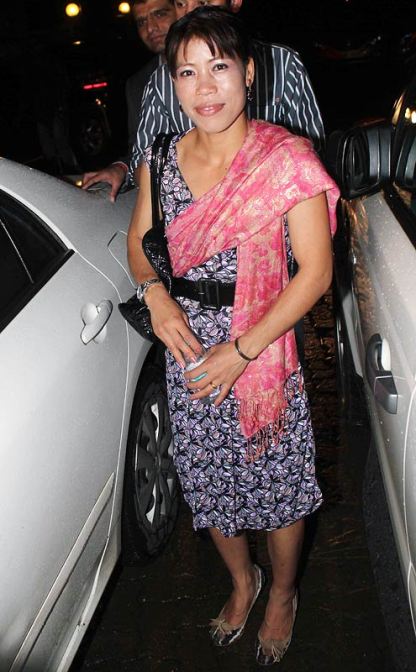 BollywoodGaram.com: After the long wait, the makers of the upcoming biopic on Mary Kom – the Olympic medal-winning boxer – have settled on a release date. It has been reported that the makers are all set to release the flick on October 2, 201,  on the occasion of Gandhi Jayanti. Gandhi Jayanti is a day which is celebrated as the birth anniversary of the Father of the Nation India, Mahatma Gandhi.

Each year on October 2, the entire country celebrates the national holiday, due to which this can be very lucrative for the makers when it comes to potential revenue. The release date was announced by the production banner Viacom 18 Motion Pictures on April 2, 2014. The movie stars Bollywood beauty Priyanka Chopra in the title role and she will be seen playing the famous boxer.

The movie is directed by Omung Kumar. At present, the production house is enjoying the success of the movie ‘Queen’. It has also been announced by the studio that the upcoming thriller ‘Gabbar’ – which stars Akshay Kumar and Shruti Haasan and is directed by Krish – will hit theaters on January 23, 2015 and will coincide with the Republic Day weekend.

Priyanka has reportedly worked hard to play the boxer in the flick, as she had to look athletic and tough.