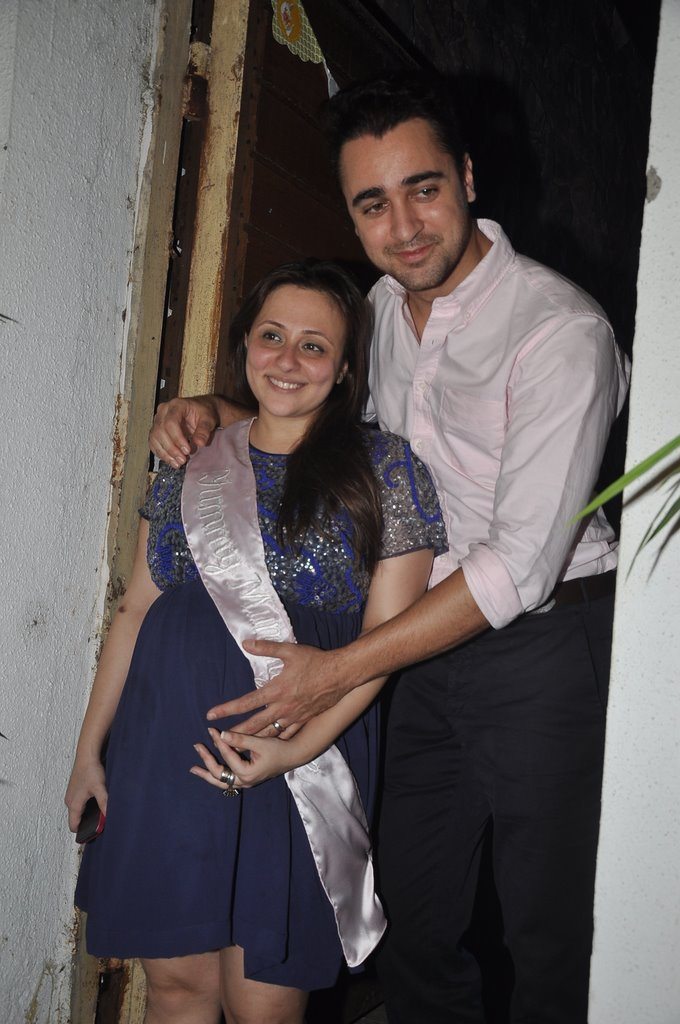 BollywoodGaram.com: Bollywood actor Imran Khan and his wife Avantika are expecting a baby in June 2014. The couple hosted a baby shower on April 4, 2014, which was attended by some of their closest friends and family members.

Stars who were snapped at the event included Aamir Khan and his wife Kiran Rao. Imran started dating Avantika at the age of 19. The couple got engaged on January 16, 2010 near Mumbai and they were married on January 10, 2011 in a private civil ceremony at Aamir’s residence in Pali Hill.

The couple announced that they were expecting their first child on December 6, 2013 and the mom-to-be is expected to deliver the baby in June 2014.