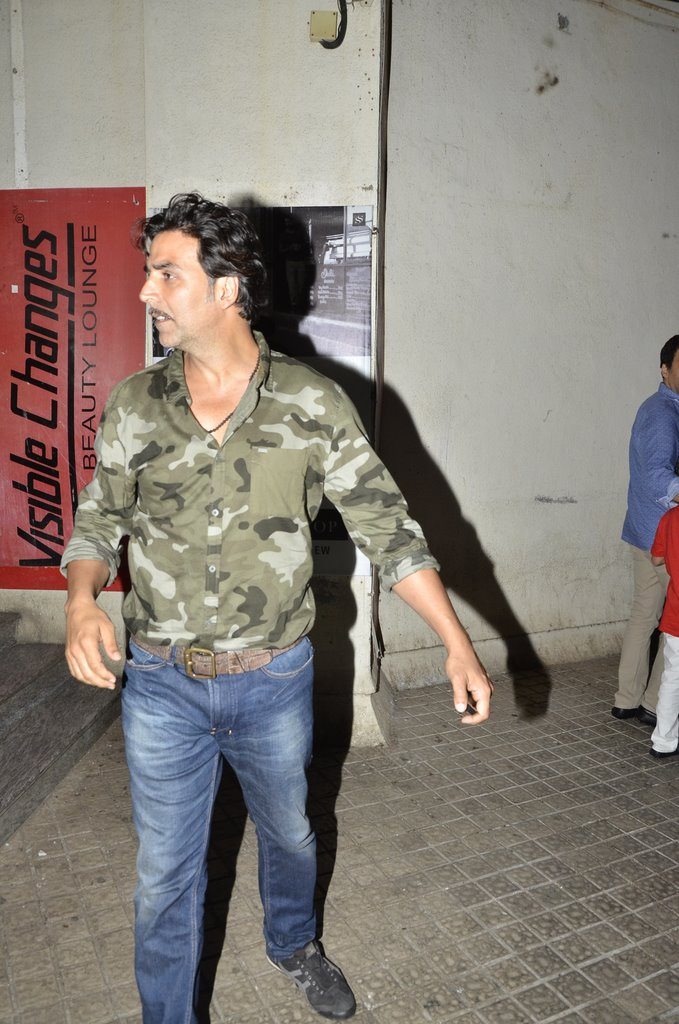 BollywoodGaram.com: Bollywood actor Akshay Kumar might be a star with a busy schedule, but he is a family man also. The ‘Khiladi’ actor was snapped going to watch Captain America at PVR in Mumbai on April 6, 2014.

Akshay was snapped with son Aarav and a close friend Vikas Oberoi, who is married to actress Gayathri Joshi. In 2014, Akshay will be seen in three movies: with Bollywood actress Sonakshi Sinha in the upcoming movie ‘Holiday’, in ‘It’s Entertainment’ with co-star Tamannah Bhatia and also in ‘Gabbar’, opposite Shruti Haasan. Akshay is known for being a doting father and also has a daughter Nitara, who was born on September 25, 2012.

The actor is married to Twinkle Khanna since January 17, 2001.