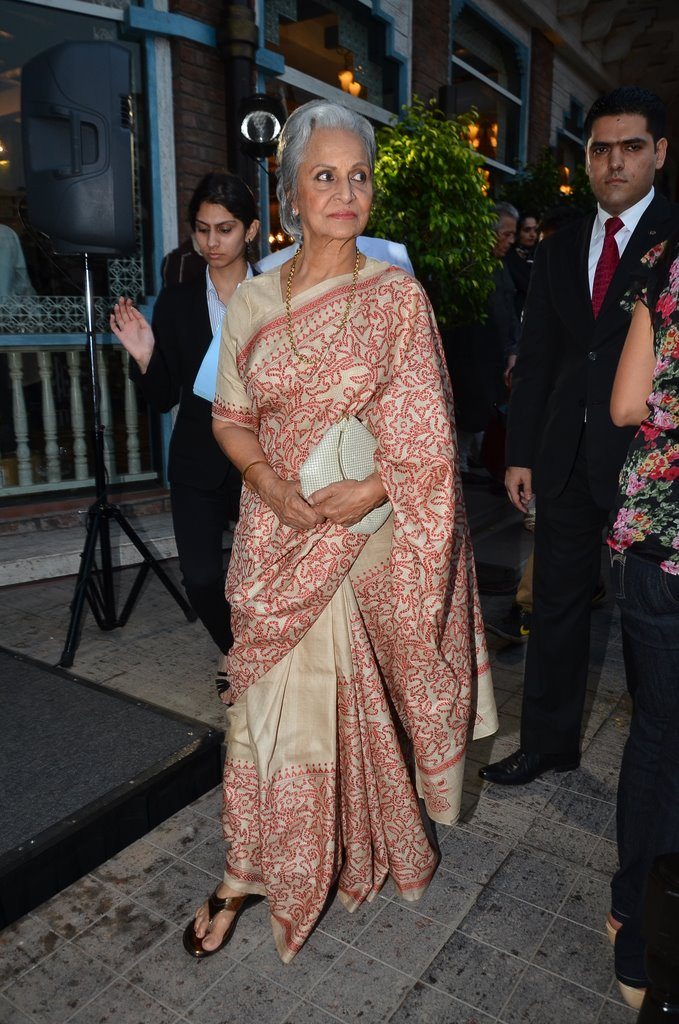 BollywoodGaram.com: Bollywood’s yesteryear actress Waheeda Rahman launched her biography ‘Conversations with Waheeda’ during an event which was held in Mumbai on April 6, 2014. In the biography, the famous actress shared her life experiences and the book is penned down by Nasreen Munni Kabir.

Rahman looked graceful at the launch event dressed in a pink sari. The actress is known for her great and remarkable contributions to Bollywood. She initially appeared in the movie ‘C.I.D’, for which she won Filmfare Award for Best Actress.