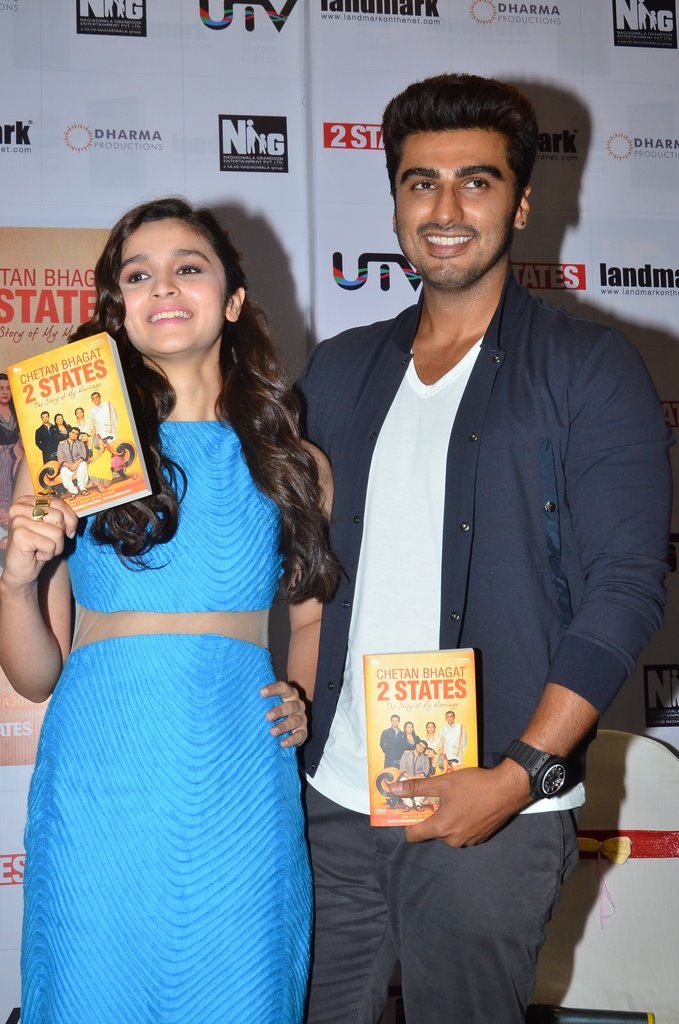 BollywoodGaram.com: Actors Alia Bhatt and Arjun Kapoor launched the new cover of the bestselling book ‘2 States’ by the popular author Chetan Bhagat during an event which was held at Landmark Store in Mumbai on April 7, 2014. The book is now being made into a movie and Alia and Arjun will be seen playing the lead roles.

The new book cover features the two young stars and will help in boosting publicity for both the upcoming flick and the book.

The launch event was also attended by Chetan’s wife Anusha. The popular book is based on the real love story of the couple who struggled to bring together two families who belonged to different states.