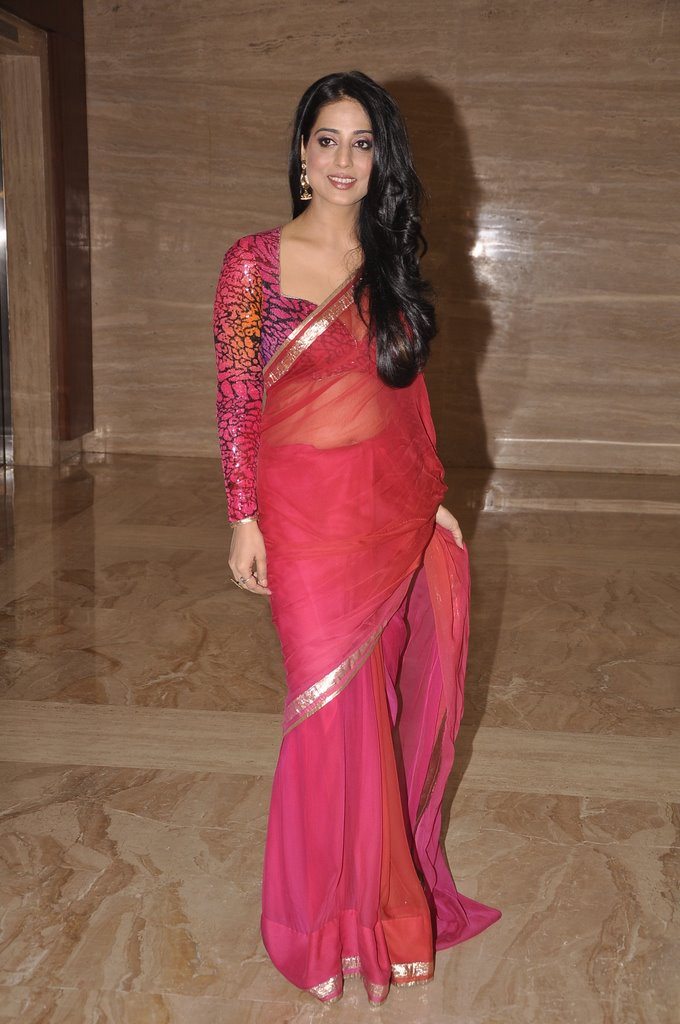 BollywoodGaram.com: Bollywood actress Mahie Gill unveiled the new edition of the special issue of Savvy magazine for April 2014, during an event which was held on April 7, 2014. The launch event was also attended by actor Aftab Shivdasani and his girlfriend Nin Dusanj, actress Shilpa Shukla, Farah Ali Khan, Parveen Dusanj and a few other celebrities.

Mahie was dressed in a red and pink sari with a printed blouse for the event. Gill was recently seen in the movie ‘Gang Of Ghosts’, which did not perform so well at the box office. Some of her earlier flicks include ‘Saheb Biwi Aur Gangster’ and ‘Paan Singh Tomar’.

Her performances in movies have always been appreciated by critics.