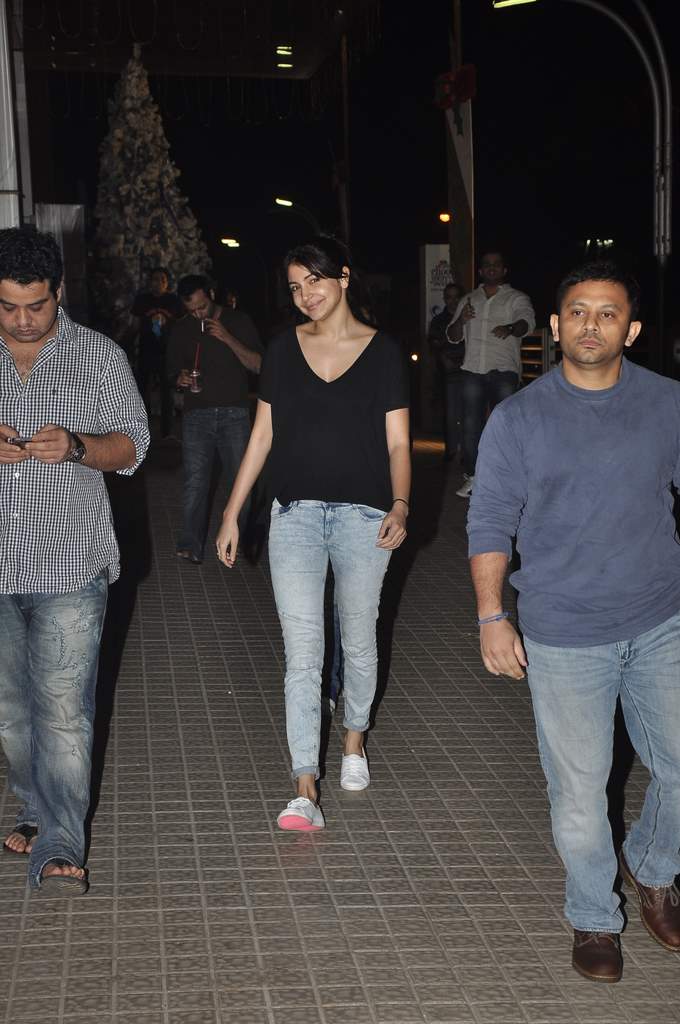 BollywoodGaram.com: The much awaited movie ‘Bombay Velvet’ is near completion. Bollywood actress Anushka Sharma finished her part of the shoot for Anurag Kashyap’s movie on April 7, 2014 and the entire unit got together and celebrated the special moment.

The unit celebrated with a bottle of champagne, bunch of flowers and a cake with a message which said, ‘Thank you Rosie All the Best to our singing star’. It is assumed that Anushka’s character’s name in the movie is Rosie. Sources from the production unit said that Anushka enjoyed every moment while shooting for the movie and has been with the unit for the past one and a half years.

It was an emotional moment for everyone as the shoot of ‘Bombay Velvet’ concluded. The actress is now headed towards Jodhpur for the next schedule of NH10. ‘Bombay Velvet’ also stars Ranbir Kapoor and Karan Johar and is scheduled to be released in December 2014. Anurag Kashyap’s upcoming movie is about ambition, power and greed for a good life.

The movie is based on historian Gyan Prakash’s book ‘Mumbai Fables’. The movie depicts the story of an ordinary man who goes against all odds and forges his identity to become someone important. Ranbir, Anushka and Karan will be playing the lead roles.