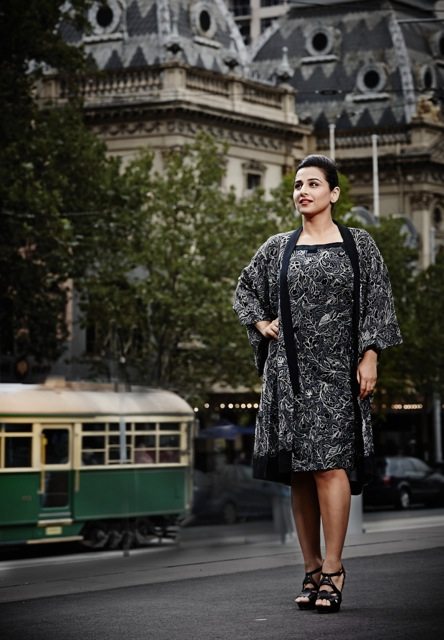 BollywoodGaram.com: Indian actress Vidya Balan posed for a stunning photo shoot with some of the most famous designers in Australia, Akira Isogawa and Susan Dimasi. The Bollywood star was dressed in a beautiful sari and the fabric was specially designed by Susan and was inspired by the 18th century brocades.

Moreover, Akira created a dress specifically for Balan which suited her style and represented a fusion of Japanese and Australian chic. Vidya is the ambassador of the Indian Film Festival of Melbourne 2014.