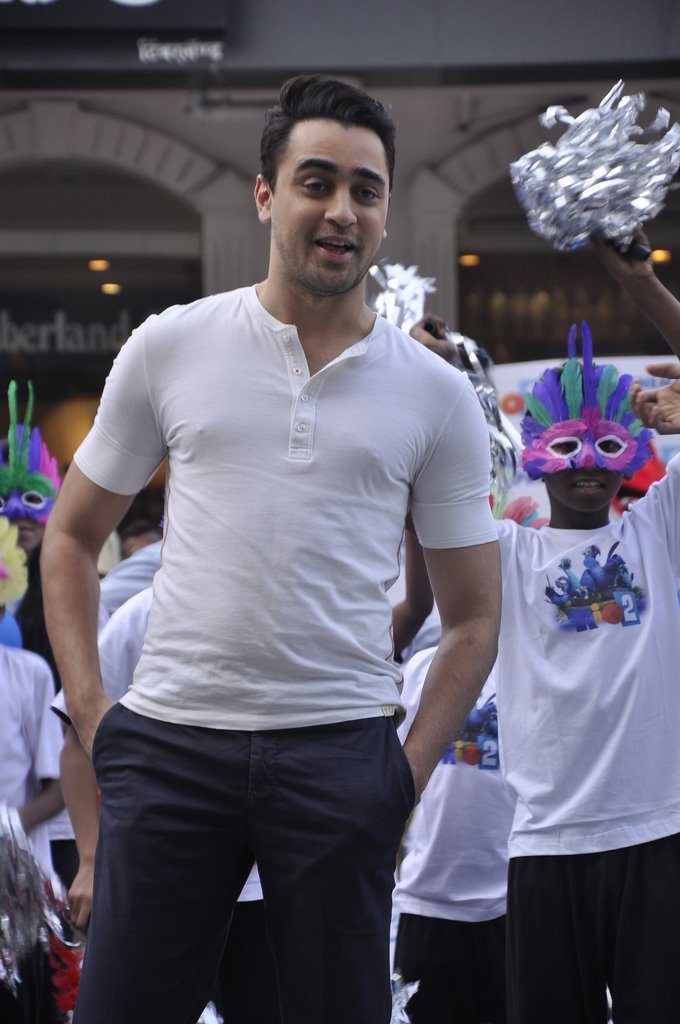 BollywoodGaram.com: Bollywood actor Imran Khan promoted the upcoming Hollywood animation flick ‘Rio 2’ at a mall in Mumbai on April 9, 2014. The ‘Jaane Tu Ya Jaane Na’ actor – who lent his voice to a character in the popular movie – promoted ‘Rio 2’ along with a group of vibrant dancers.

Khan expressed that he had a great time while dubbing for the character of Blu. Imran went on to say that he also learned about the elements which go behind the making of an animated movie. The Bollywood star also said that he readily agreed to it when he was approached.

Actress Sonakshi Sinha also lent her voice to a character in the movie, which is all set to hit theaters on April 11, 2014.