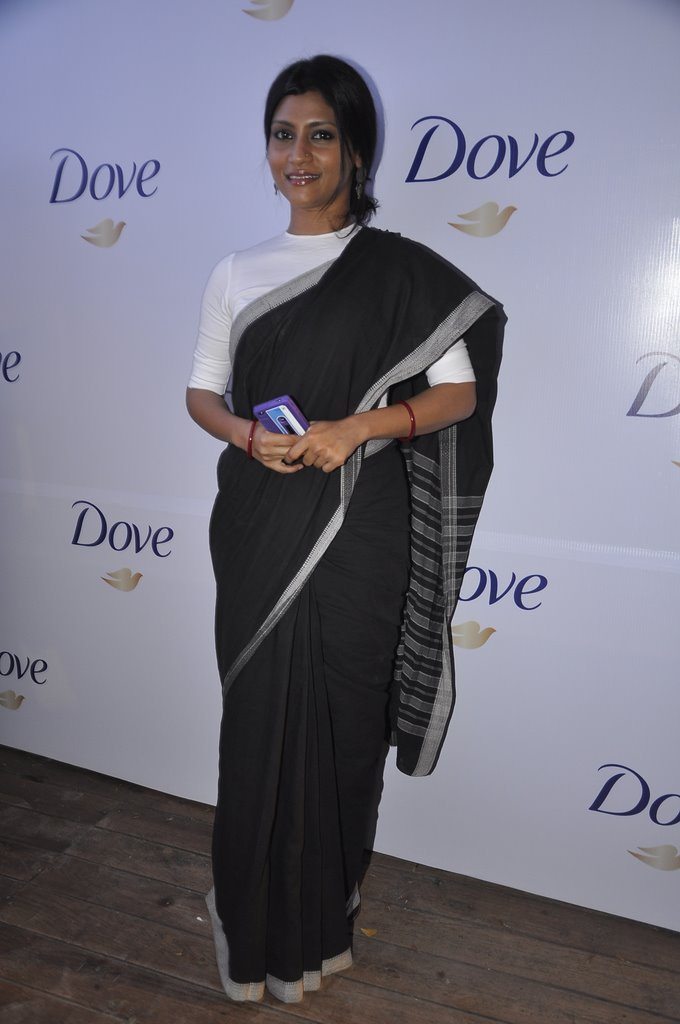 BollywoodGaram.com: Indian actress Konkona Sen launched the Dove Beauty movie premiere which was held in Olive in Mumbai on April 9, 2014. The ‘Wake Up Sid’ actress was dressed in a simple black sari with a white blouse for the event.

The Bollywood actress gave birth to her first child Haroon at a hospital in Mumbai on March 15, 2011.