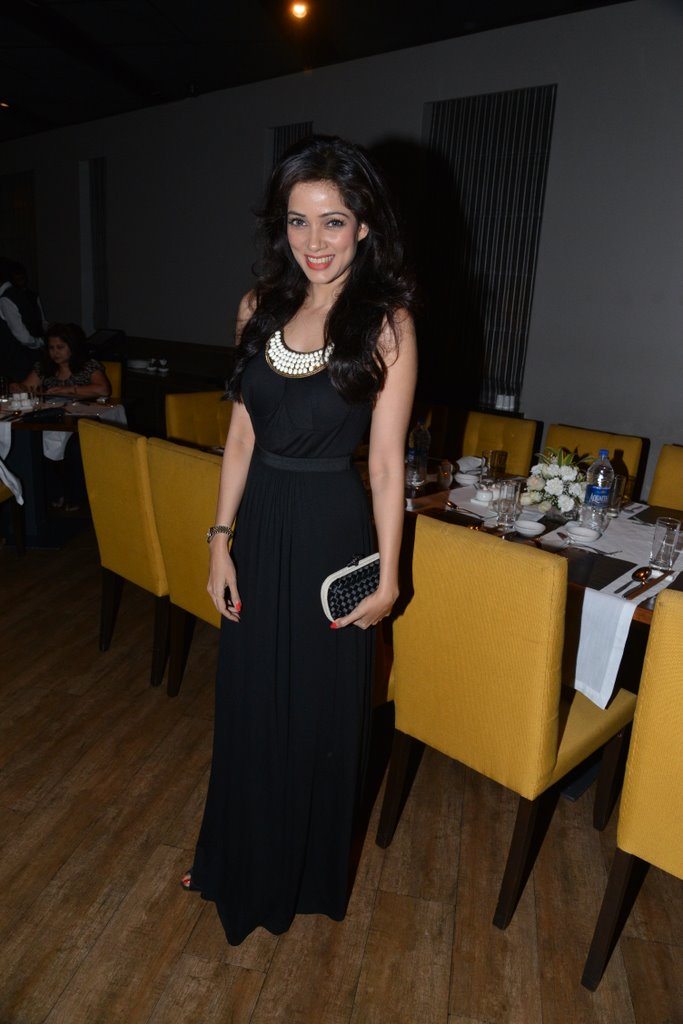 BollywoodGaram.com: Bollywood actresses Vidya Malvade, Rashmi Nigam and Madhoo Shah attended a dinner which was hosted by Dilshad and Farokh Kahmbhatta in Umame in Mumbai on April, 9, 2014. Vidya Malvade of the ‘Chak De India’ fame arrived in a black outfit.

The actress made her Bollywood debut with the movie ‘Inteha’ in 2003 and shot to fame with ‘Chak De India’, in which she played the role of a hockey player. The actress was also seen in the movie ‘Kidnap’ and in recent times has played a cameo role in ‘Once Upon A Time In Mumbai Dobara’.