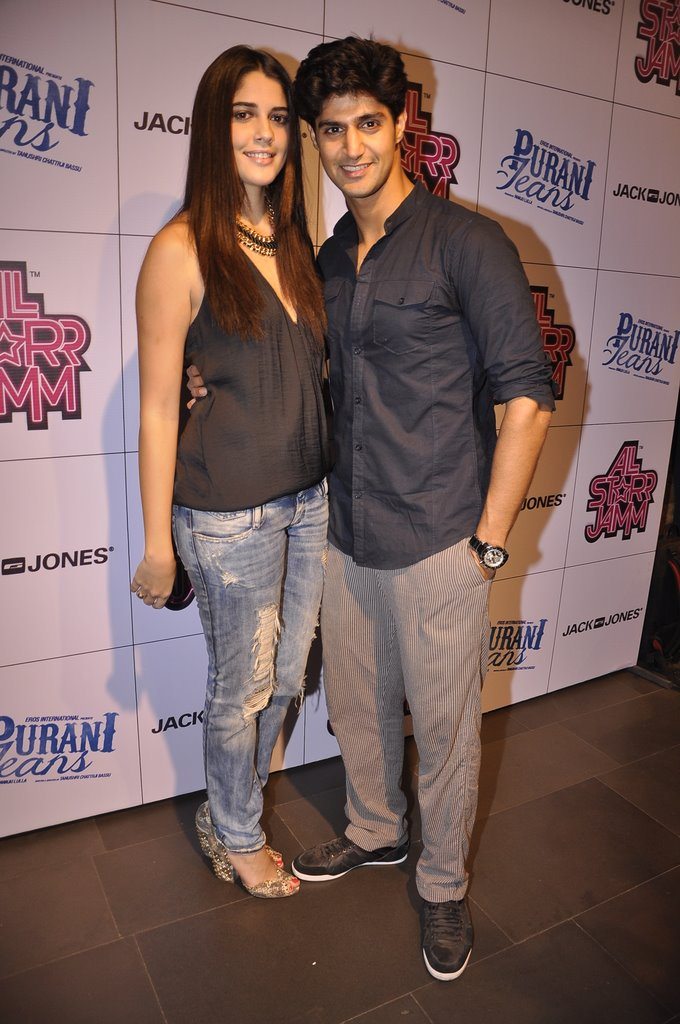 BollywoodGaram.com: Stars of the upcoming movie ‘Purani Jeans’ – Tanuj Virwani, Izabelle Leite and Aditya Seal promoted their flick at the Jack and Jones Bash which was held in Mumbai on April 9, 2014. The movie is directed by Tanushri Chattriji Bassu.

‘Purani Jeans’ is based on the theme that friendship is like an old pair of jeans and that it gets better as it gets older. The story has a young boy who returns to his hometown and reconnects with his old friends.

Ram Sampath has composed the music for the movie. The first look of the movie was launched on March 8, 2014 and the flick is all set to hit theatres on May 1, 2014.