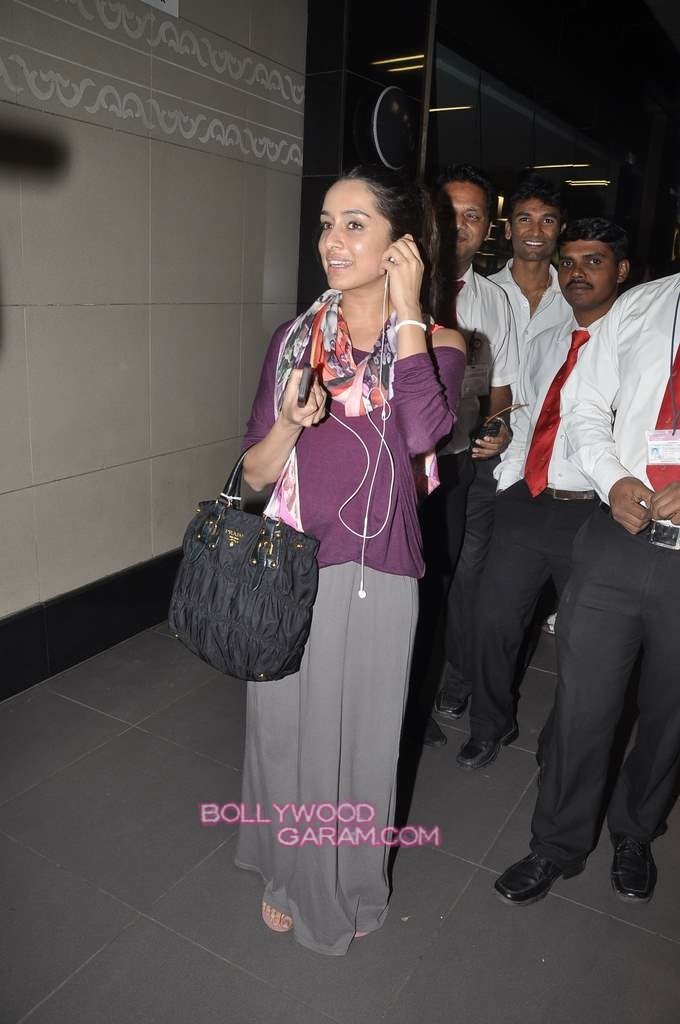 BollywoodGaram.com: Actress Shraddha Kapoor had an accident recently while she was riding a bike during shooting of a sequence for the upcoming movie ‘Ek Villian’. Initially, the ‘Aashiqui 2’ actress balanced well and took off easily. Kapoor was shooting a scene at Filmcity when her bike skid over and the actress sustained an injury.

Sources from the production unit revealed that the actress had to accelerate and overtake Siddharth Malhotra. However, this is when the bike of the actress skid when she attempted to increase the speed. Shraddha had a bad fall, after which the entire unit went into panic mode and even Kapoor was slightly shaken by the incident.

Fortunately, the actress was wearing a helmet and did not suffer any serious head injury. Kapoor bruised her knee badly and received immediate medical aid. It was reported that Shraddha wanted to resume shoot after resting for a while. The shoot was finished for the day, after which the actress was taken to the hospital to receive an injection.

Shraddha has developed a liking for bike rides in recent times and commutes by bike often. The actress made her Bollywood debut with the movie ‘Luv Ka The End’, but shot to fame with ‘Aashiqui 2’.