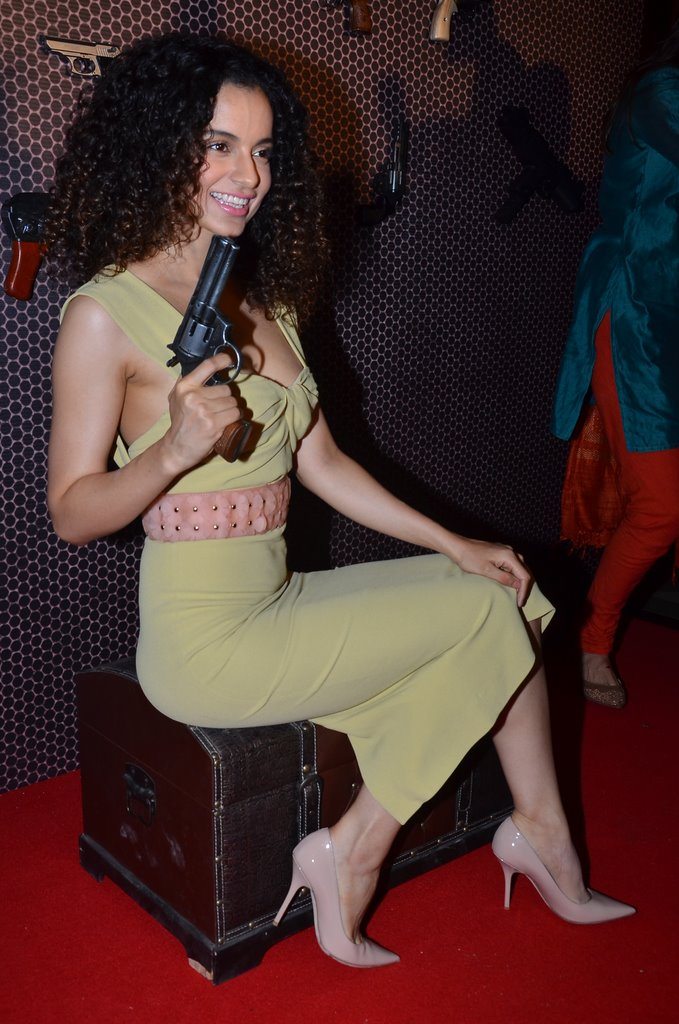 BollywoodGaram.com: Actress Kangna Ranaut was present at the press conference which was organized for her upcoming movie ‘Revolver Rani’ in Mumbai on April 10, 2014. In the movie, Ranaut will be seen playing a bold character and she said that nobody will marry her after watching the movie.

Ranaut is currently enjoying the success of the movie ‘Queen’, which hit theaters on March 7, 2014. While talking about the movie, the actress said that ‘Revolver Rani’ is an unusual movie with an unusual treatment and concept which are completely different.

The actress went on to explain that she wanted to have a four-month gap between the release of her movies ‘Queen’ and ‘Revolver Rani’.