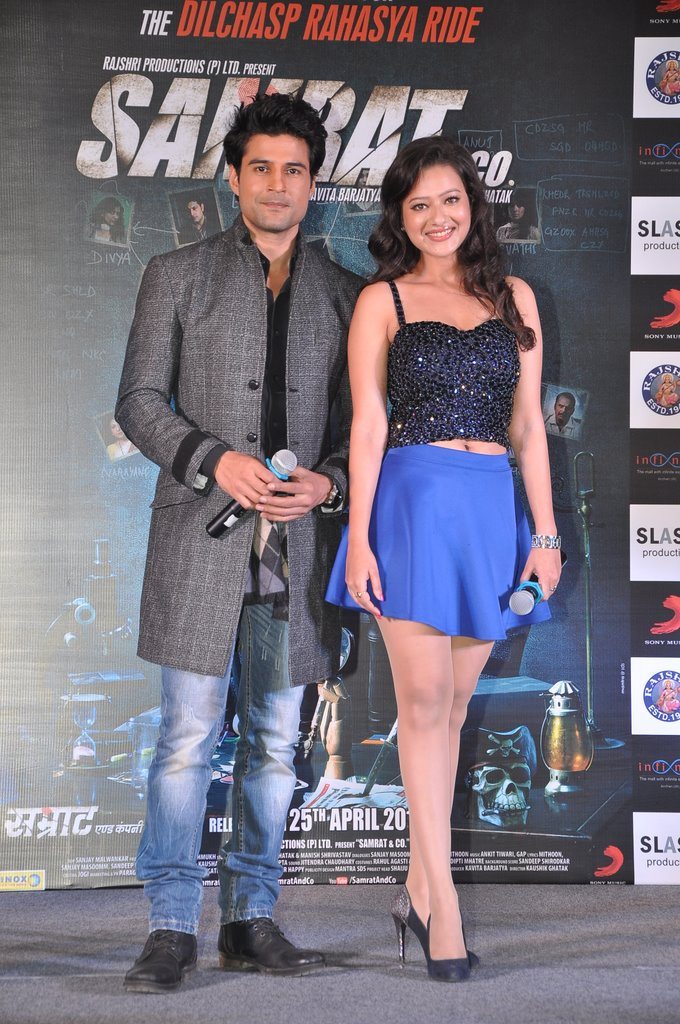 BollywoodGaram.com: The entire cast of the upcoming movie ‘Samrat & Co’ presented the official trailer video during an event which was held at Infinity Mall in Mumbai on April 11, 2014. The event was attended by Rajeev Khandelwal, choreographer Ganesh Acharya, Madalasa Sharma and many others.

‘Samrat and Co’ is an upcoming Hindi thriller which is directed by Kaushik Ghatak and produced by Kavita K. Barjatya under the Rajshree Productions banner. Rajeev will be seen playing the lead role in the movie. Initially, the makers were planning to release the flick on May 1, 2014, but the release schedule has been pre-poned to April 25, 2014.

The story of the movie is about a young girl who approaches a private investigator with a strange case.