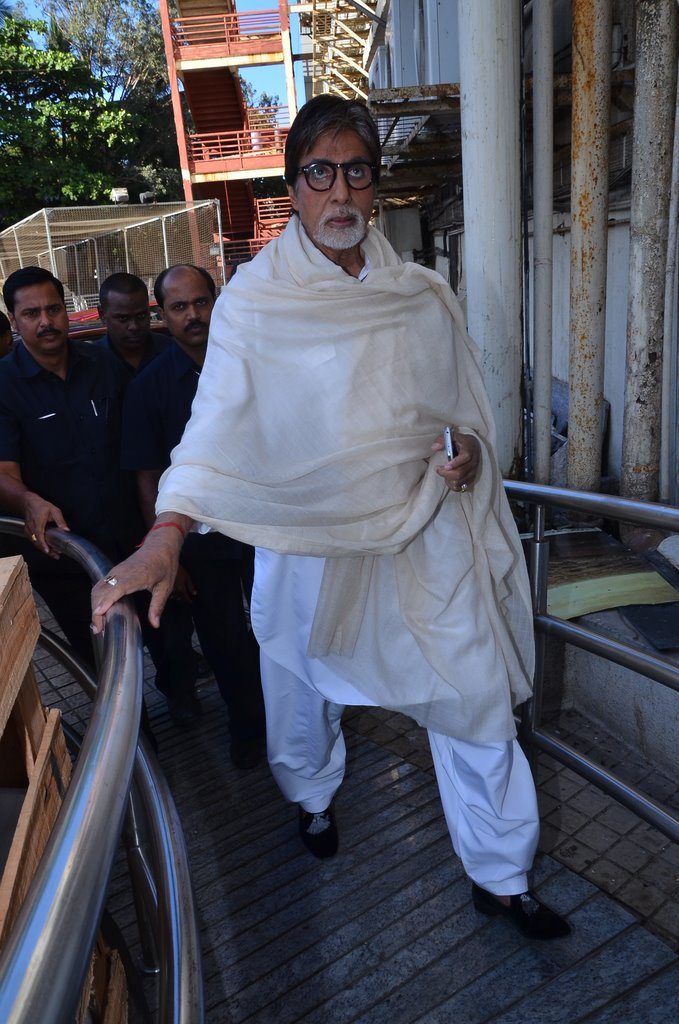 BollywoodGaram.com: Bollywood superstar Amitahbh Bachchan attended the special screening of the movie ‘Bombay To Goa’ which was held at PVR Cinemas in Juhu area in Mumbai on April 12, 2014. The famous actor wrote about the upcoming movie on his blog.

Mr. Bachchan wrote that he watched the cleaned up version of ‘Bombay To Goa’ along with his friend Anwar Ali, who is the brother of Mehmood. Apart from writing about the flick, the actor revealed on his blog that he just finished shooting for the promos of the new season of the popular game show ‘Kaun Banega Crorepati’ (KBC).

KBC is a popular game show on TV and the makers come up with a new theme for each season.