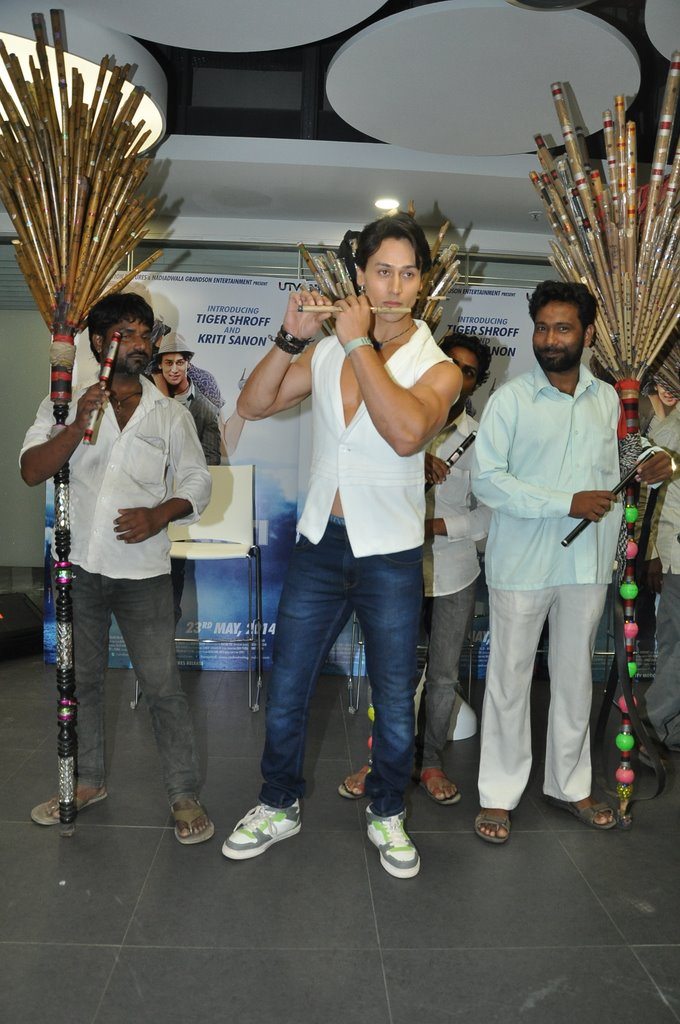 BollywoodGaram.com: The makers of the upcoming flick ‘Heropanti’ launched one of the songs from the movie, titled ‘Whistle Bajja’ in a unique way. There were no celebrities during the launch event on April 12, 2014, but only flute sellers from the city of Mumbai.

Actor Jackie Shroff’s son Tiger Shroff is all set to make his debut with the movie ‘Heropanti’. While talking about the unique launch event, the lead actor said that they have decided to invite flute sellers as they are the ones who keep the tune alive. The movie also stars Kiron Sanon and Sandeepa Dhar.

The movie is produced by Sajid Nadiadwala under the banner of Nadiadwala Grandson Entertainment Pvt Ltd.