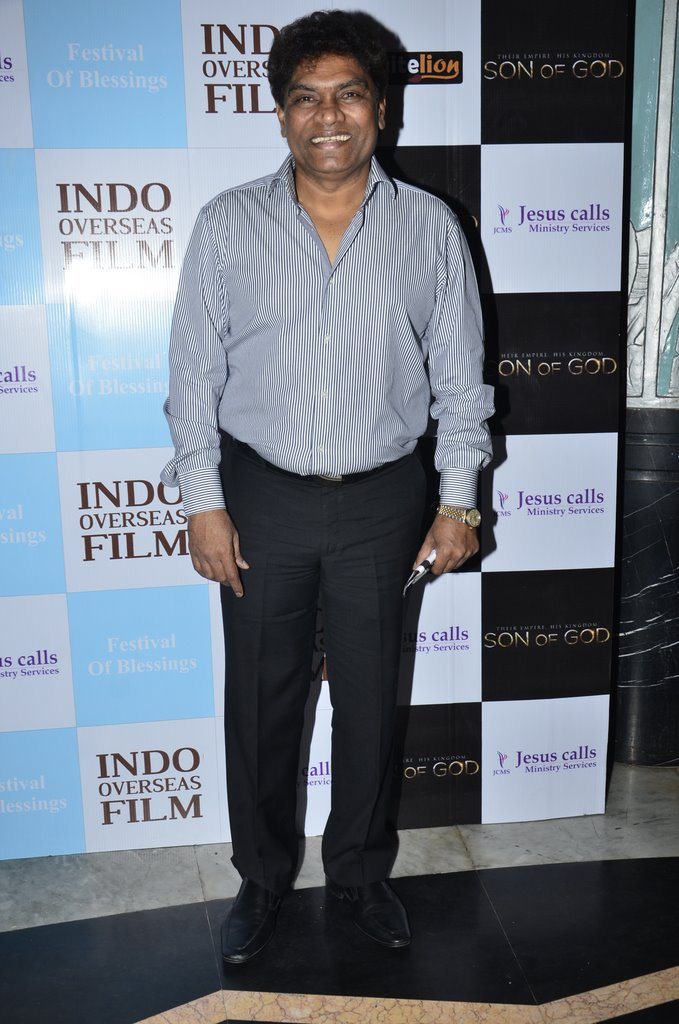 BollywoodGaram.com: Bollywood actor and comedian Johnny Lever attended the premiere of the upcoming Hollywood flick ‘Son Of God’ which was held in Mumbai on April 14, 2014. As usual, Lever appeared to be in a jolly mood and was dressed in formals.

‘Son Of God’ is an epic drama which is produced by Mark Burnett and Roma Downey. The story follows the birth of Jesus Christ and his journey through his teachings, crucifixion and ultimate resurrection. The Hollywood flick is all set to be released in Indian theatres on April 18, 2014.

The movie has been adapted from the ten-hour miniseries ‘The Bible’, which was aired in March 2013 on the History Channel.