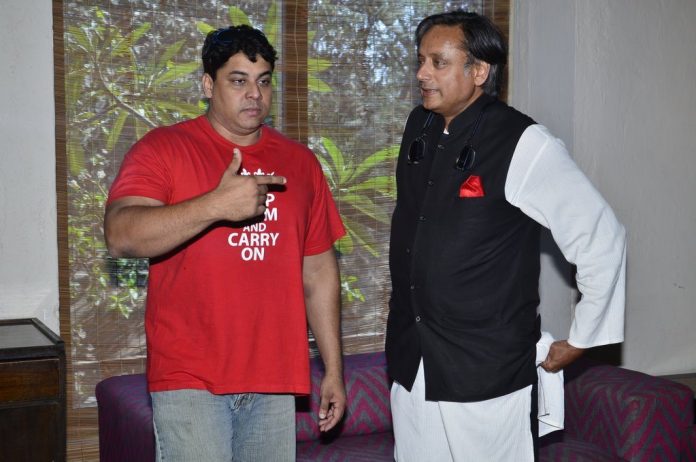 BollywoodGaram.com: Popular TV host and actor Cyrus Broacha and Indian politician Shashi Tharoor attended the MTV Youth Marketing Forum that was held in Mumbai on April 16, 2014. The Member of Parliament mentioned the event on the social networking site Twitter.

Shashi wrote, “Surrealistic shot of dialogue with Cyrus Broacha on MTV’s Youth Marketing Forum 2014. Politics needs youth!” The campaign has a goal to encourage Indian youth to be more involved in politics.

The younger generations in the country are re-inventing and MTV India decided to organize the Youth Marketing Forum to provide clues on ways to decode them. In 2014, the forum is focusing on the Curious Minds, which is a study that shows how today’s youth is evolving.