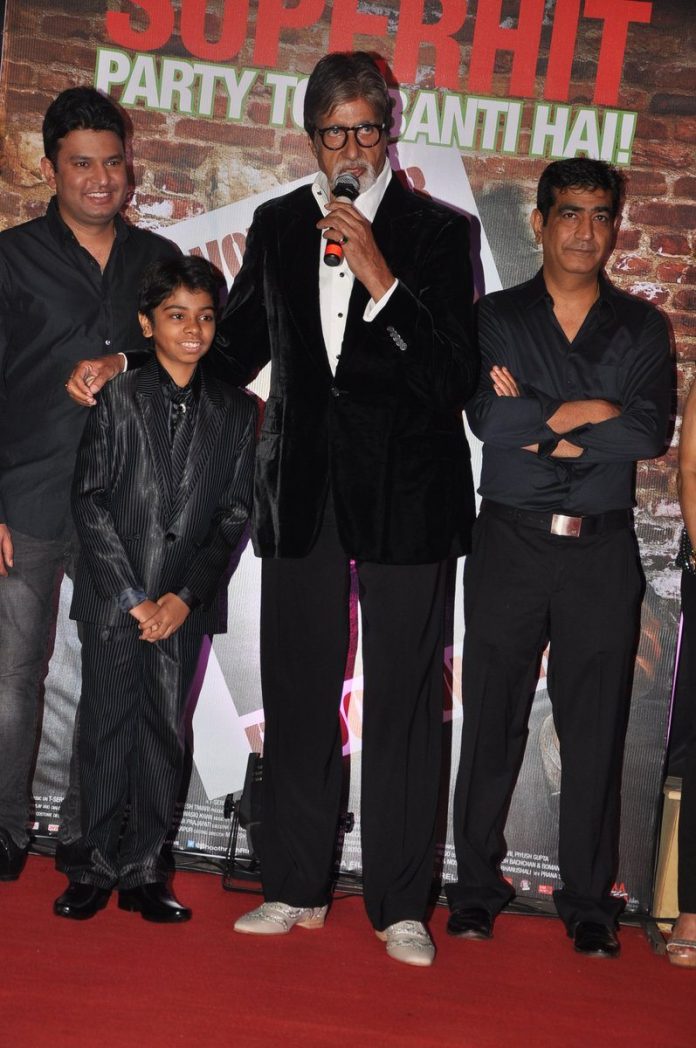 BollywoodGaram.com: Bollywood actors Boman Irani and Amitabh Bachchan celebrated the success of their latest flick ‘Bhoothnath Returns’ in Mumbai, India on April 16, 2014. The movie was released on April 11, 2014 and is running successfully in theaters all over the country.

Mr. Bachchan mentioned the party on his blog and he expressed joy over the success of the movie, which they all worked so hard for. ‘Bhoothnath Returns’ is the sequel to the 2008 movie ‘Bhoothnath’, which also starred Shahrukh Khan and Juhi Chawla besides Amitabh as the friendly ghost.

Bollywood superstar Shahrukh Khan made a cameo appearance in the sequel.