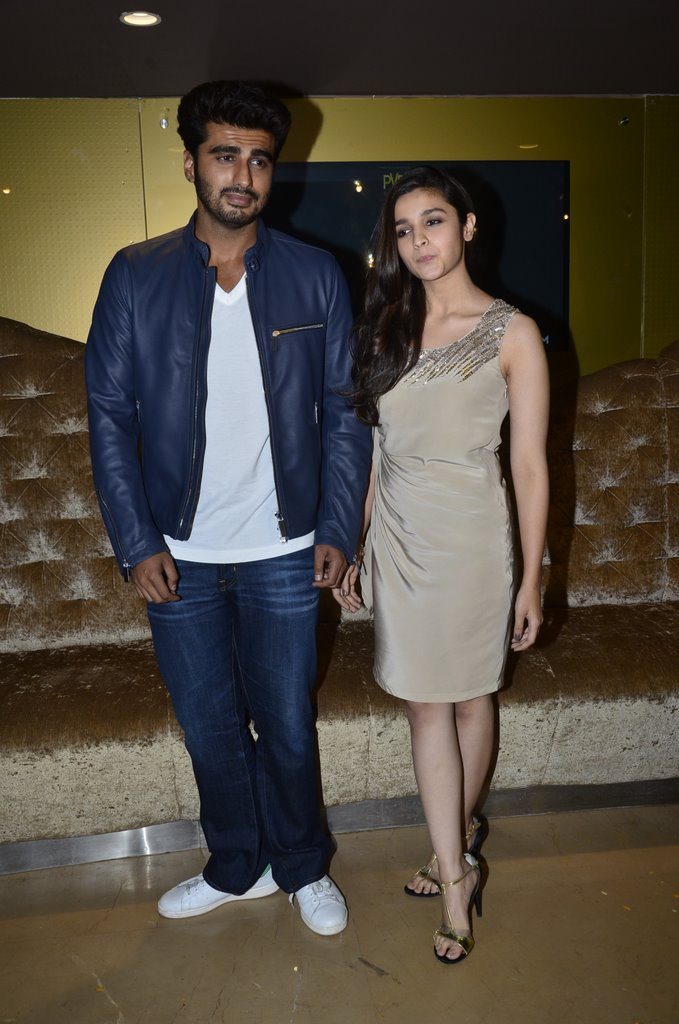 BollywoodGaram.com: Bollywood stars Arjun Kapoor and Alia Bhatt – along with filmmaker Karan Johar – visited a number of cinema halls in Mumbai on April 18, 2014 in order to promote their new movie ‘2 States’. The flick was released in theaters on April 18, 2014.

Kapoor interacted with the media and said that the reaction from his friends and family, as well as from all over the country has made him feel good. The ‘Ishaqzaade’ actor went on to say that his father is very excited and expressed that it feels nice to meet the audience in theaters.

Alia Bhatt appeared in a beige dress, while Arjun and Karan sported casual looks for the promotions.