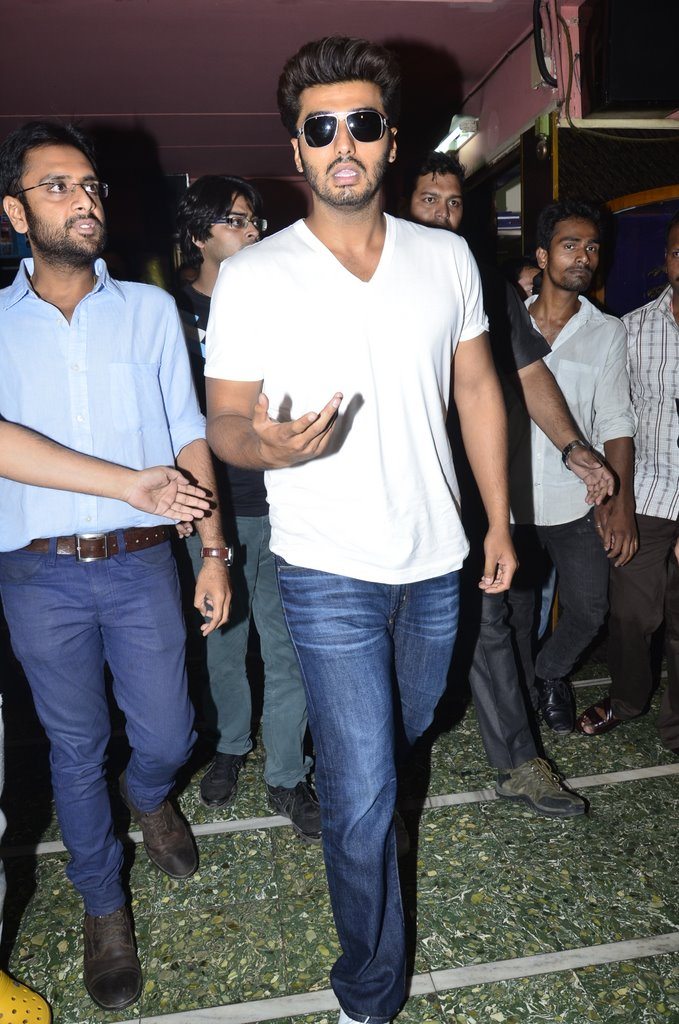 BollywoodGaram.com: Indian actor Arjun Kapoor promoted his latest flick ‘2 States’ at Gaity Galaxy on April 18, 2014. The movie – which is based on the book by Chetan Bhagat – has been released in theaters and is running successfully all over the country.

Kapoor has managed to impress the audience and he interacted with the media as he spoke about his character. Arjun said that the character has helped him to change his image, in addition to being close to his real-life self. The movie also features Alia Bhatt, who plays the role of a south Indian girl who falls in love with a Punjabi boy. Bhagat wrote the book about his own love story.