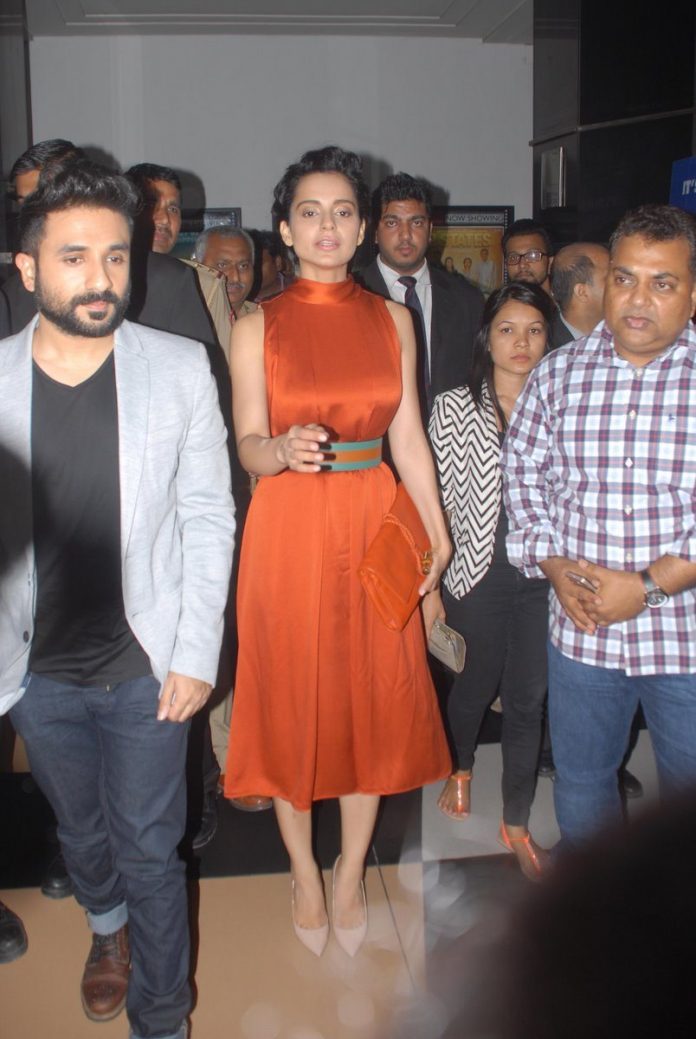 BollywoodGaram.com: Indian actress Kangna Ranaut and Bollywood actor Vir Das promoted their upcoming movie ‘Revolver Rani’ in Delhi on April 18, 2014. The new flick is all set to be released on April 25, 2014.

At the event, Kangna looked gorgeous in a red outfit. During a recent press conference, the actress said that nobody is going to marry her after watching ‘Revolver Rani’. Ranaut went on to say that it is an unusual movie which has a different treatment and a different concept. Das also said that he has never attempted such a movie before.

The ‘Revolver Rani’ story follows what happens when a political giant falls in love with a Bollywood star.