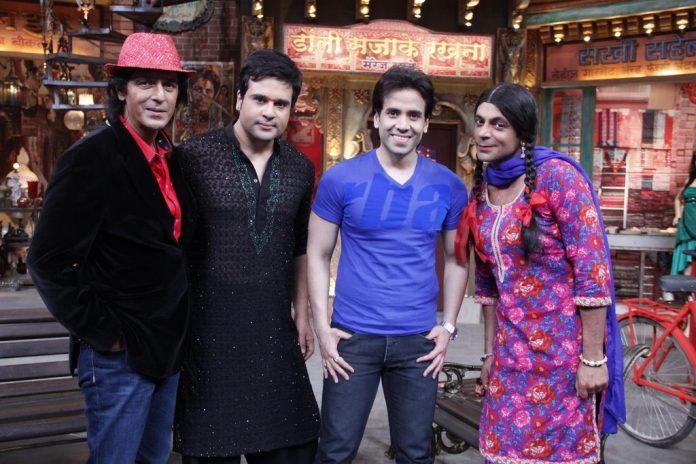 ‘Mad in India’ was launched as an attempt to offer some competition to the popular show ‘Comedy Nights With Kapil’ by Kapil Sharma. Grover decided to launch his own show opposite Sharma, after he quit ‘Comedy Nights With Kapil’ in which he played the role of Guthi. ‘Mad In India’ was originally supposed to have 26 episodes, but they were then reduced to 13 episodes. The shooting of the final episode was held on April 18, 2014.

It has been reported that the show’s ratings were disappointing and ‘Mad in India’ was struggling to float. Grover previously played the role of Guthi on ‘Comedy Nights With Kapil’, but then he left the show citing creative differences. After Sunil left the show, there were rumors that the actor is working on a new show on the rival channel, with Guthi as the main character. Following these reports, the makers of ‘Comedy Nights With Kapil’ claimed that the character of Guthi was an intellectual property of the show, as well as the channel which airs it.

In recent times, there were rumors that Sunil would be returning to the show, but that was later denied by Sunil, as well as Kapil.