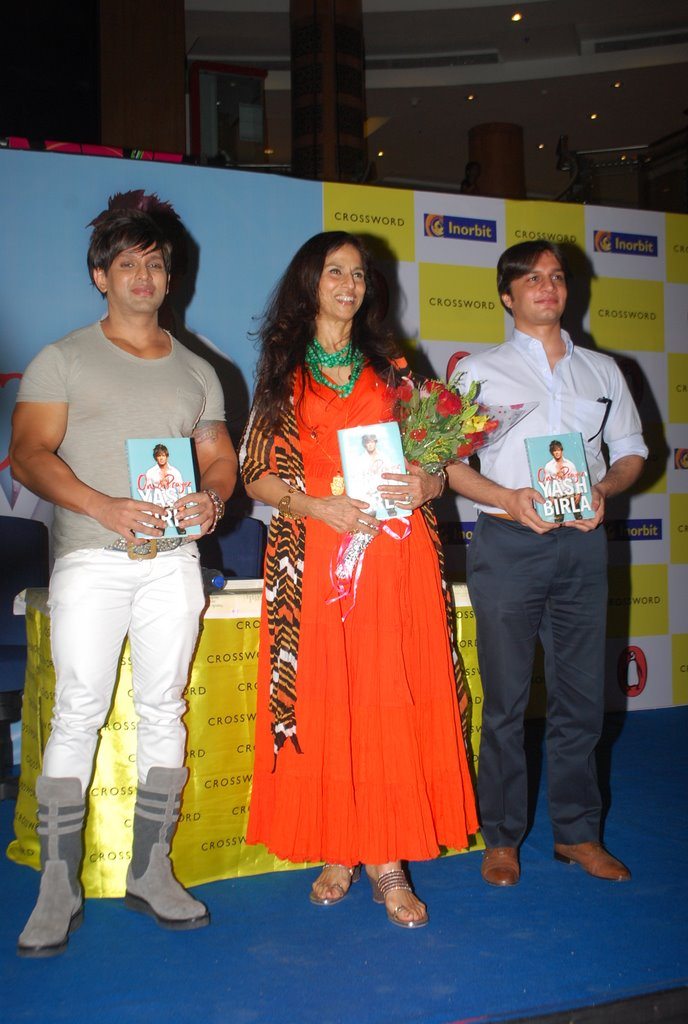 BollywoodGaram.com: Indian columnist and novelist Shobhaa De launched Yash Birla’s book – titled ‘On A Prayer’ – during an event which was held at Crosswords, at Inorbit Mall in Mumbai on April 22, 2014. The book narrates the story of a man who overcomes some of the toughest hurdles and survives them in order to tell his story.

It is actually Yash Birla’s story which depicts his journey from a state of oblivion to survival. He believed in deep spirituality and his faith in true love helped him to survive tough times. De started her career as a model, but then switched to journalism during the 70’s.

The majority of her columns put light on the socialite life in Mumbai.