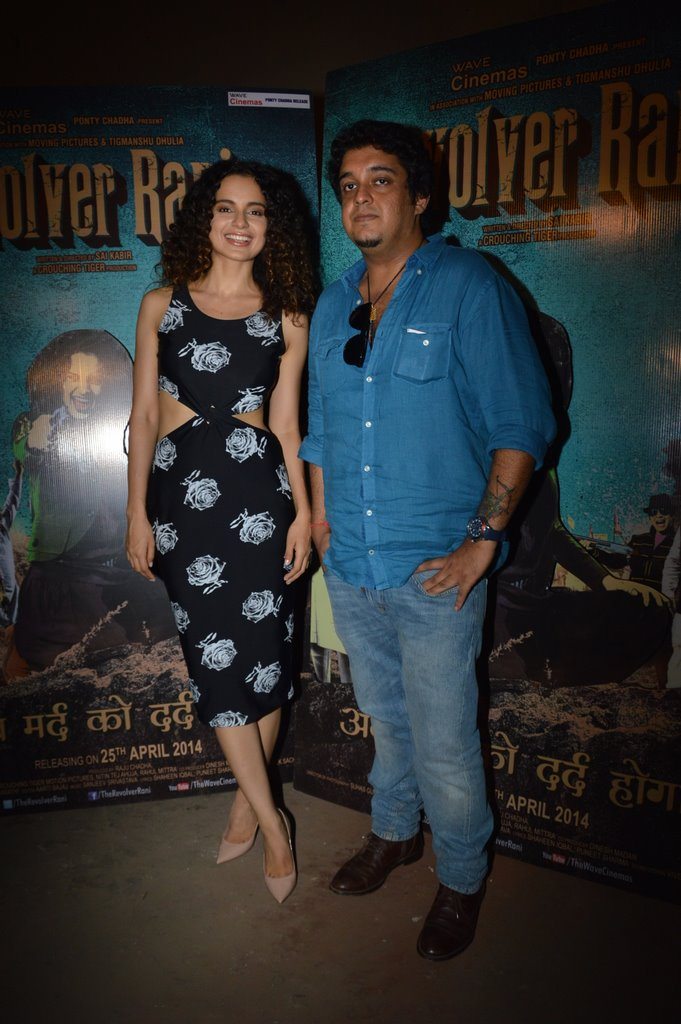 BollywoodGaram.com: Bollywood actress Kangana Ranaut promoted her latest movie ‘Revolver Rani’ during a press conference which was held in Mumbai on April 22, 2014. The press event also had director Sai Kabir.

‘Revolver Rani’ also has Vir Das in the lead role and Zakir Hussain, Piyush Mishra and Pankaj Saraswat in supporting roles. The director of the movie shared that it is a comedy, as well as a political movie.