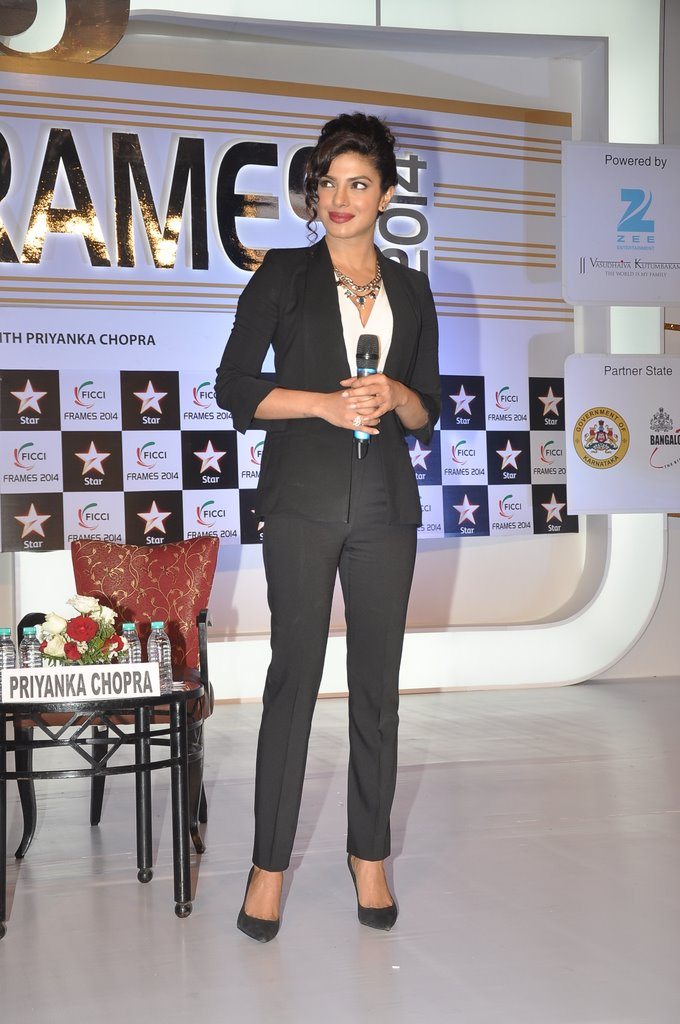 BollywoodGaram.com: Bollywood beauty Priyanka Chopra has just released her third solo track and is already enjoying its success. Reports say that Chopra’s third solo single, titled ‘I Can’t Make You Love Me’ has made it to the number three spot on iTunes India in less than 24 hours.

This does not come as a surprise, as the actress-turned-singer had plenty of success with her earlier tracks – like ‘In My City’ featuring Will.I.Am and ‘Exotic’ featuring Pitbull – as well. With the third song out, the singer has managed to hit the jackpot once again with the remix of Bonnie Raitt’s 1991 single, which made it to Rolling Stone Magazine’s 500 Greatest Songs of All Time list.

The new song was launched on April 22, 2014 and Chopra released a statement which said, “My cover of ‘I can’t make you love me’ is really different because the original is a ballad and we have used dance music for my version of the song. Watch out for the video”. The famous actress made her Bollywood debut with the movie ‘The Hero: Love Story of a Spy’.

Priyanka’s inspiration to become a musician came from her father, who she said was an incredible singer. Chopra’s father helped her to develop interest in singing. Her single ‘In My City’ won her the Best International Debut award at the People’s Choice Awards in India.