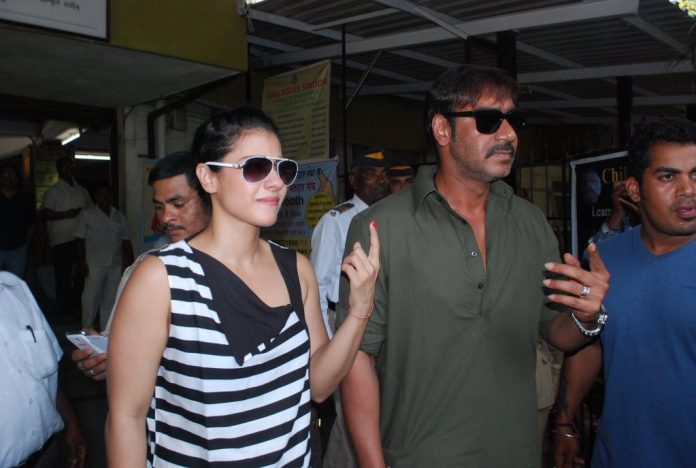 BollywoodGaram.com: Bollywood celebrities gathered at various voting centers in order to cast their vote during the Lok Sabha elections 2014, which began in Mumbai on April 24, 2014. Some of the biggest Bollywood stars, like Ajay Devgn with wife Kajol, Ranveer Singh, Vidya Balan, Amitabh Bachchan, Jaya Bachchan, Aishwarya Rai and Abhishek Bachchan turned up to cast their vote.

A number of celebrities are expected to leave for the IIFA 2014 event in Tampa Bay, California after voting.