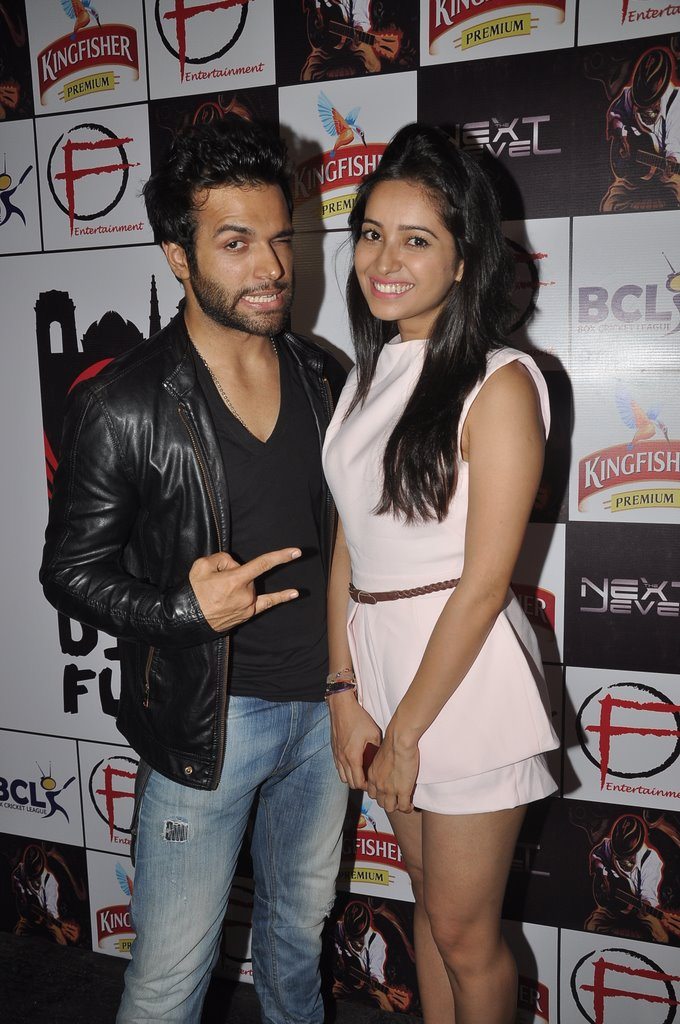 BollywoodGaram.com: TV stars Rithvik Dhanjani and Asha Negi attended a success party of the Box Cricket League team Dilli Fukrey, which was held in Mumbai on April 26, 2014. Before entering the venue, the TV actor said that it is going to be a great reunion.

Dhanjani went on to say that it has been a long time since they all met each other. Moreover, a number of other TV stars were also seen attending the success bash. The celebration started with a cake-cutting ceremony and the cake was made in the shape of the team’s t-shirt. Rithvik and Asha shot to fame after they played important roles in the popular TV series ‘Pavitra Rishta’.

The two started dating after they met on the sets of ‘Pavitra Rishta’.