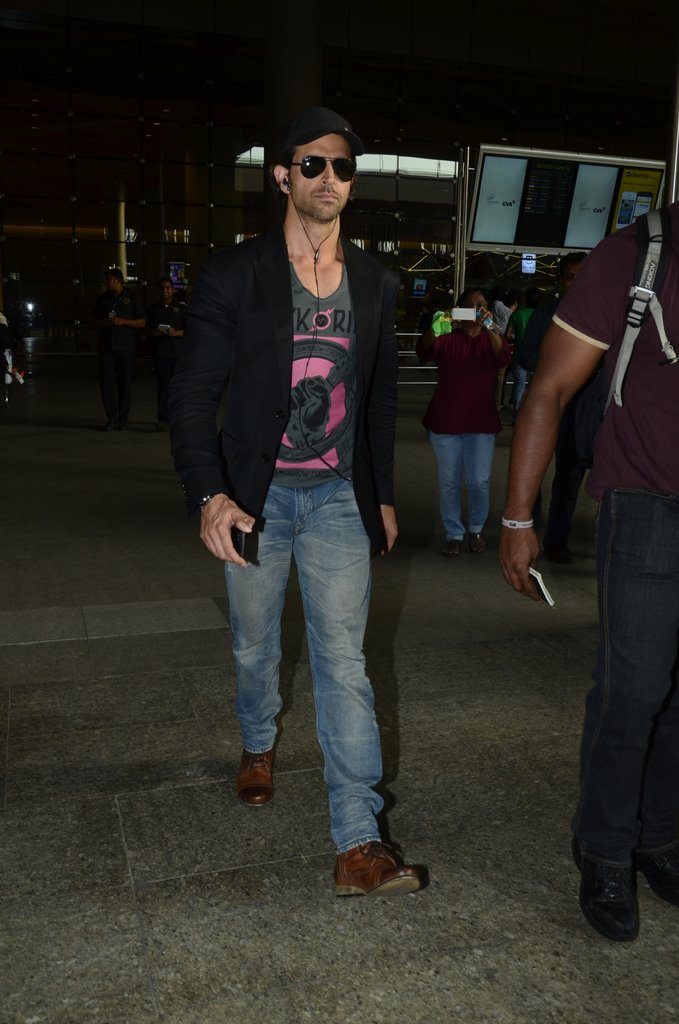 BollywoodGaram.com: Bollywood star Hrithik Roshan has returned home after attending the star-studded IIFA 2014 event which was held in Tampa Bay, California. The ‘Dhoom 2’ actor was snapped at the airport as he returned from the mega event.

Roshan had a fabulous performance at the annual event which was held between April 23, 2014 and April 26, 2014. The famous actor performed on some of his hits like ‘Bumbro’, ‘Main Aisa Kyun Hun’, ‘It’s Magic’ and ‘Dhoom Machale’. In addition to that, the Bollywood actor shook a leg with John Travolta and presented him with a special award for his outstanding contribution to International cinema.

Roshan was last seen in the movie ‘Krrish 3’ and is all set to be seen in the upcoming movie ‘Bang Bang’ opposite Katrina Kaif.