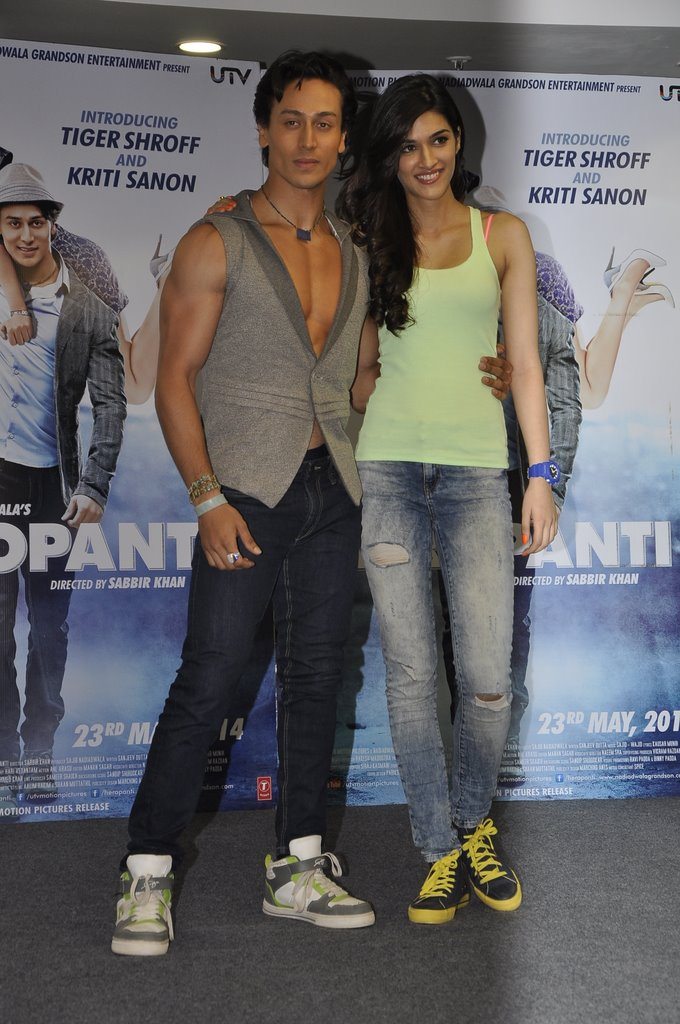 BollywoodGaram.com: Bollywood actor Tiger Shroff and actress Kriti Sanon promoted their upcoming movie ‘Heropanti’ and also celebrated World Dance Day during an event in Mumbai on April 28, 2014. At the event, the young actor said that he is a trained dancer. Shroff also explained that Michael Jackson is his inspiration and his father Jackie Shroff has been his inspiration when it comes to Bollywood.

The up-and-coming actor went on to say that apart from his father, Hrithik Roshan is a fabulous dancer and that he is the god of dancing and acting. ‘Heropanti’ is an upcoming movie which will mark the debut of Tiger and Kriti and they will be playing lead roles in it.

The movie is produced by Sajid Nadiadwala and is directed by Sabbir Khan.