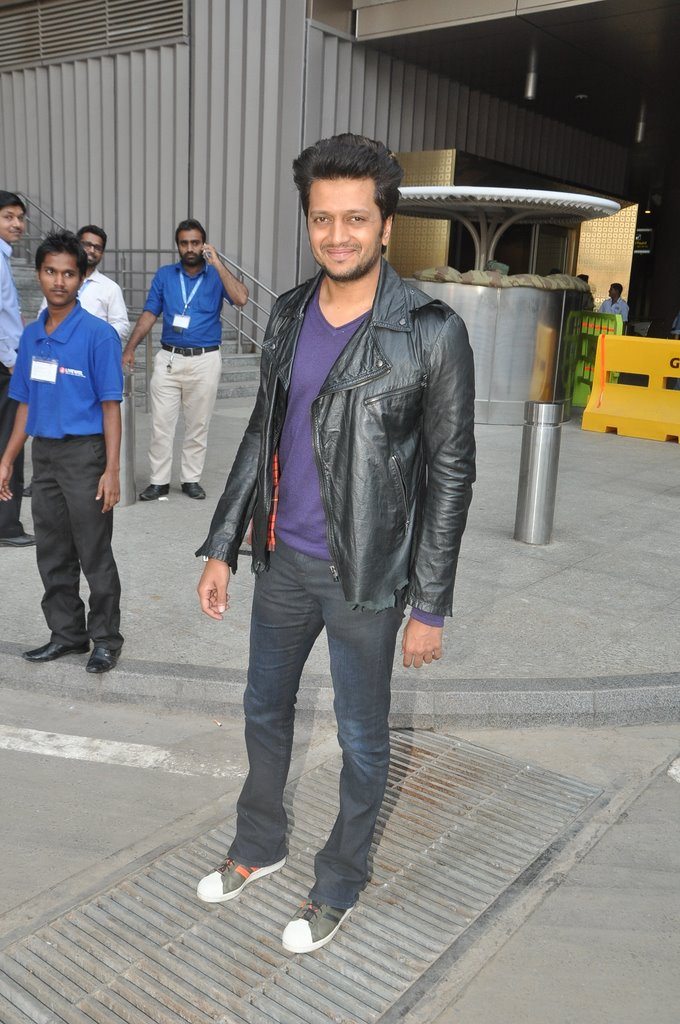 BollywoodGaram.com: Following the success of the IIFA 2014 celebration in Tampa Bay, California, Bollywood celebrities were snapped returning to India. Some of the stars who were snapped at the airport included Riteish Deshmukh, Rakeysh Omprakash, Rajkumar Hirani and Vijay Raaz.

The highly-anticipated celebration has come to an end and it is time for the stars to get back to their regular schedules. The IIFA 2014 was a star-studded event and it marked the first time that the awards were held in the United States.

Some of the stars arrived early for the event, while many preferred to stay in India for the voting day in Mumbai on April 24, 2014.