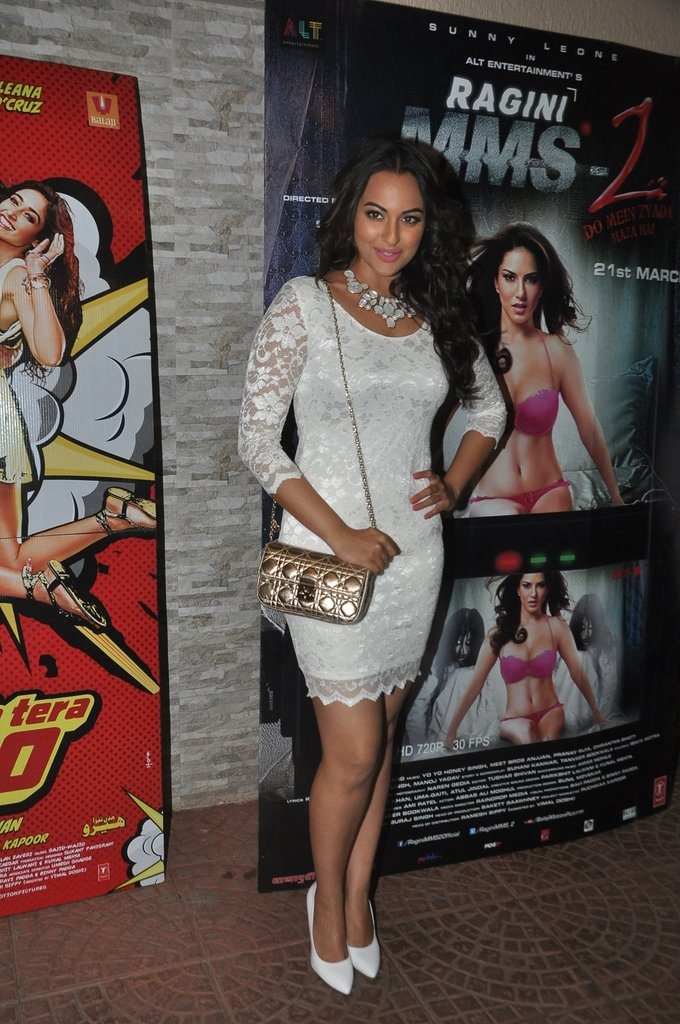 BollywoodGaram.com: After Aishwarya Rai and Deepika Padukone, Bollywood actress Sonakshi Sinha also got the chance to work with veteran South superstar Rajinikanth. Sonakshi will be seen playing the female lead role opposite Rajinikanth in the upcoming movie ‘Lingaa’. Apart from Sonakshi, the movie will also have Anushka Shetty.

Sonakshi was able to choose between modern girl and the golden era look and the ‘Dabangg’ actress opted for the 40’s look. Meanwhile, Rajinikanth will be seen playing a double role in the upcoming flick. The South superstar will be playing the role of a royal and then the role of his grandson in the second half of the movie.

Reports say that Sonakshi will be playing the love interest of the royal, while Anushka will be paired opposite Rajini of the modern day. However, the two characters do not have any scenes together.

The upcoming movie will be directed by K. S. Ravikumar and is expected to go on floors soon in the state of Karnataka, India. Indian music genius A. R. Rahman will be composing the music for the movie. Director opined that the role given to Sonakshi will suit her. Sonakshi expressed that she is highly thrilled to be paired opposite Rajinikanth.