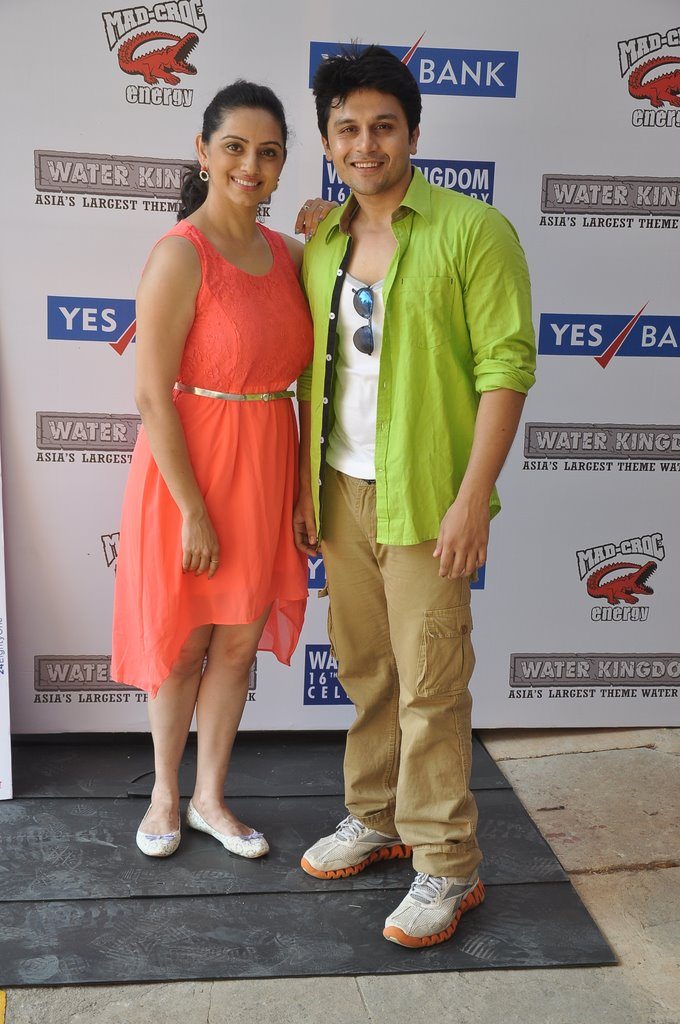 BollywoodGaram.com: Shruti Marathe and Gaurav Ghatnekar, the lead actors from the upcoming Marathi movie ‘Tujhi Majhi Lovestory’ promoted their flick at Water Kingdom in Mumbai on May 1, 2014. The two stars appeared in casuals and interacted with the huge crowd at the water park.

Apart from Shruti and Gaurav, the flick also stars Kalpana Sathe, Neha Bam, Sanket More, Mrunalini Jambhale, Ashok Kulkarni, Varad Chavan and Prashant Neman. The movie follows a story of Indraneel, a 23-year-old guy from Mumbai who is concerned about his career.

His family considers him to be good for nothing and he spends the majority of his time hanging out with friends or engaging in photography and painting.