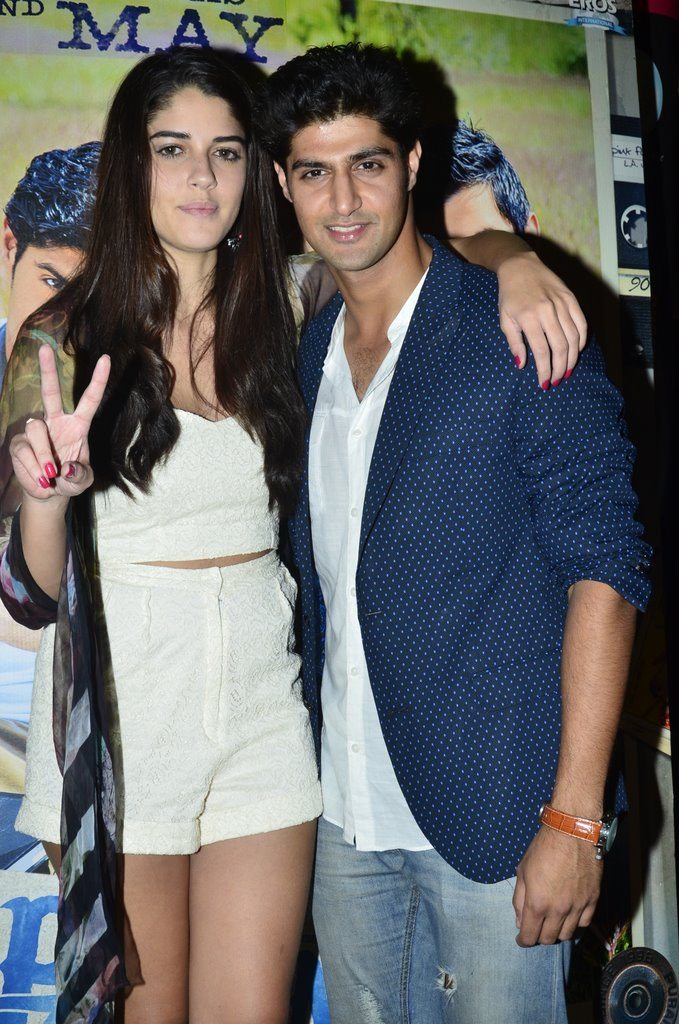 BollywoodGaram.com: The entire team of the upcoming Bollywood movie ‘Purani Jeans’ – including Tanuj Virwani, Aditya Seal and Izabelle Leite – promoted their flick at Café Coffee Day and also attended a special screening of the movie. The flick is directed by Tanushri Chattrji Bassu and was released in theaters on May 2, 2014.

‘Purani Jeans’ also stars Rati Agnihotri, Raghav Raj, Param Baidwaan and Kashyap Kapoor. As the movie’s name hints, it features a group of friends who rediscover the bonds of friendship and love.

The makers of the Bollywood movie released the first teaser on March 17, 2014, while the official theatrical trailer video was released on March 19, 2014.