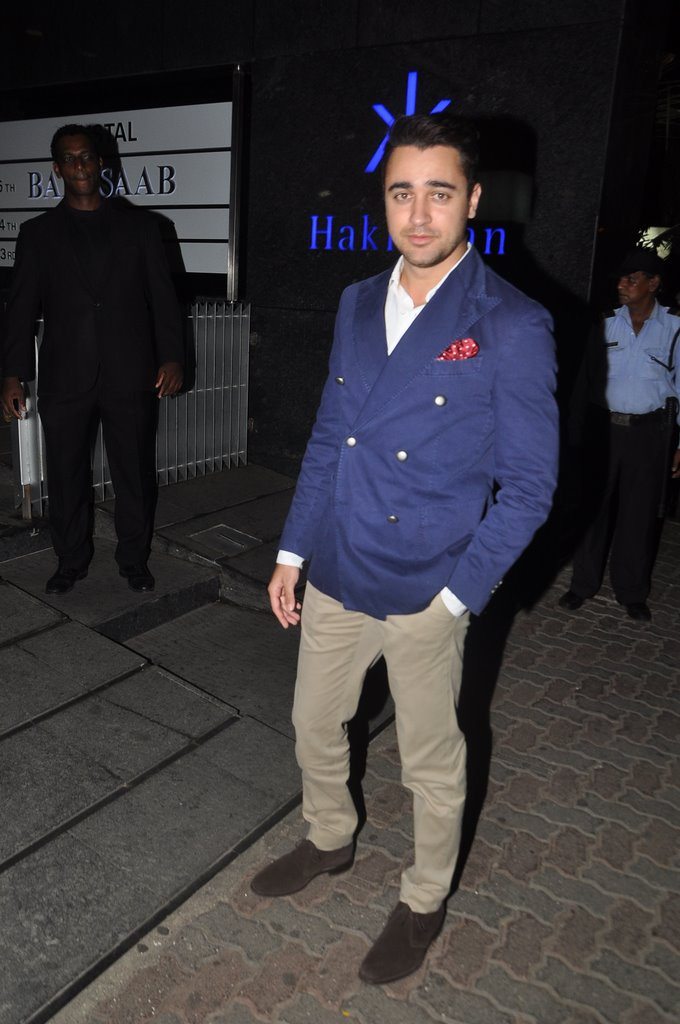 BollywoodGaram.com: Bollywood actors Imran Khan and Arjun Rampal were snapped at the Hakkasan restaurant which is located in Bandra West in Mumbai on May 1, 2014. Imran was dressed formally, while Arjun opted for a casual look.

Arjun’s wife Mehr joined the two actors at the restaurant. Other celebrities who were also snapped at the restaurant that night included Abhishek Kapoor, Pritam and Kailash Kher. The ‘Jaane Tu Ya Jaane Na’ actor was last seen in the movie ‘Gori Tere Pyaar Me’ opposite Kareena Kapoor.

Rampal established his own production company, under which he produced the movie ‘I See You’ in 2006. The Bollywood actor also played the lead role in the flick.