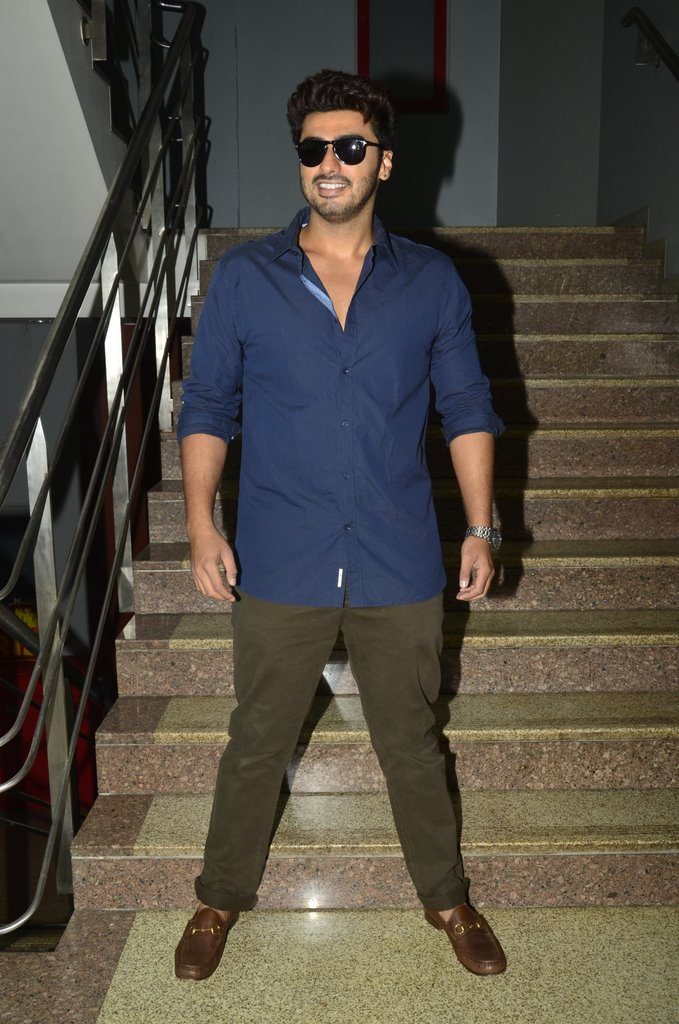 BollywoodGaram.com: Indian actor Arjun Kapoor attended a screening of his movie ‘2 States’, which was specially organized for underprivileged kids at Globus Cinema in Mumbai on May 1, 2014. Dharma Productions organized the special screening along with 3 NGOs.

The ‘Ishaqzaade’ actor was seen interacting with the children, as he shook hands and chatted with them without losing the killer smile on his face. Meanwhile, Kapoor’s co-star Alia Bhatt was missing from the event. The movie ‘2 States’ was released in theaters on April 18, 2014 and has received plenty of positive reviews from the audience as well as critics.

‘2 States’ is continuing to do good business at the box office.