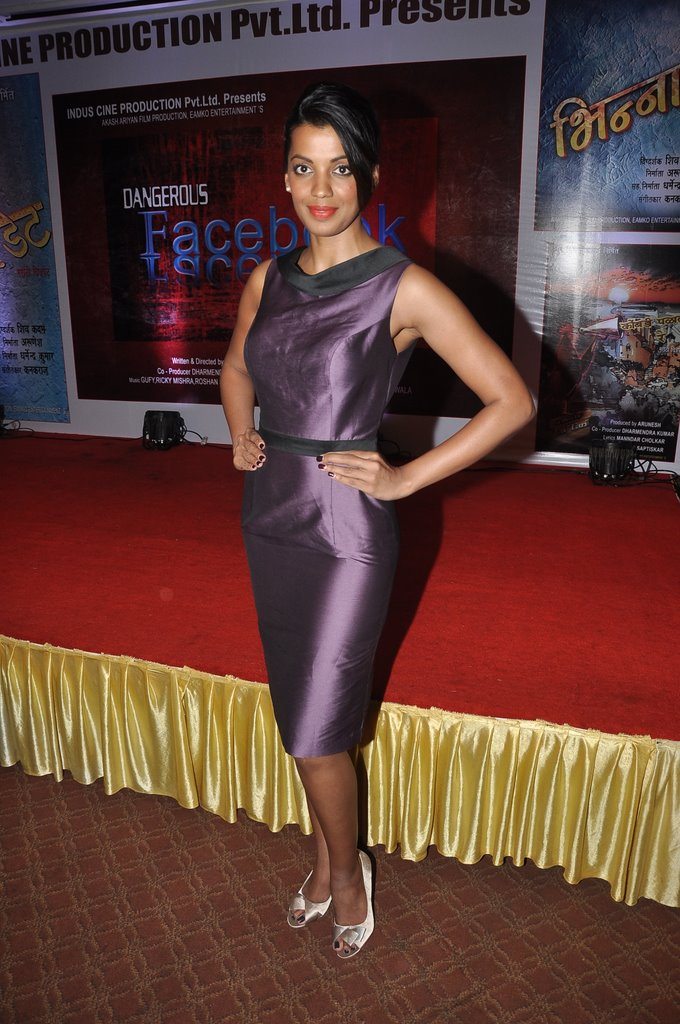 BollywoodGaram.com: Bollywood stars Mugdha Godse and Ruslaan Mumtaz were present at the launch event for the movie ‘Dangerous Facebook’, which was held in Mumbai on May 2, 2014. Mugdha appeared in a shiny purple dress for the event, while the actor was dressed in casuals.

The actress started off in Bollywood with the movie ‘Fashion’ by Madhur Bhandarkar.