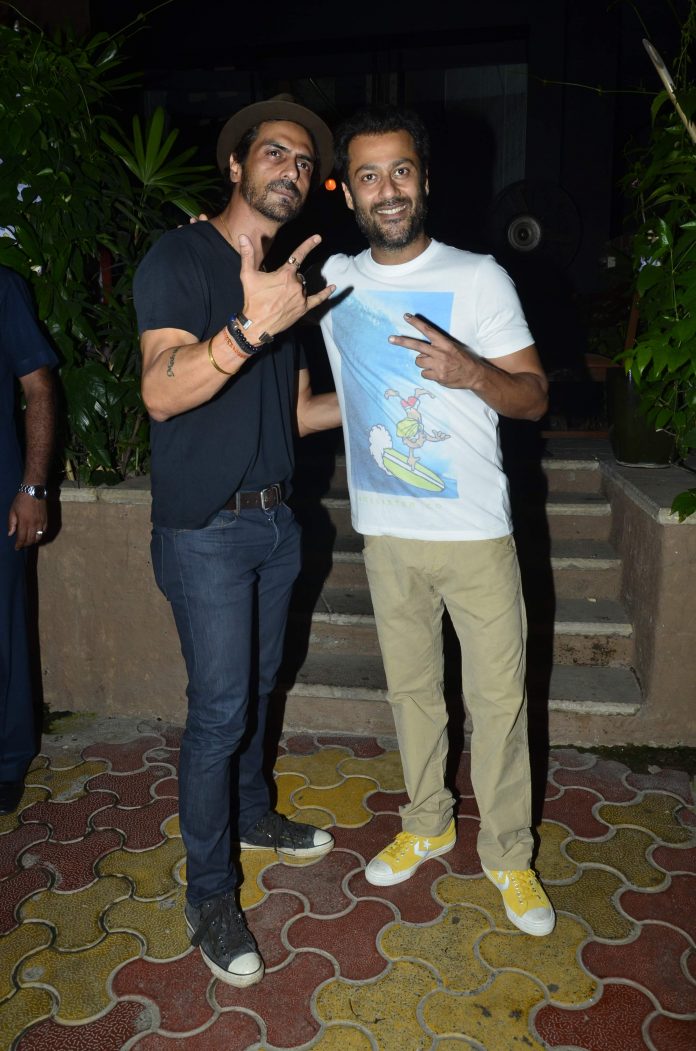 BollywoodGaram.com: Bollywood actors Arjun Rampal and Dino Morea were snapped as they were leaving one of the popular night spots in Mumbai on May 3, 2014. Other stars who were also snapped having a good time included Masaba Gupta and Abhishek Kapoor.

Sussanne Roshan – who is finalizing her divorce from Bollywood superstar Hrithik Roshan – was also spotted at the club. The couple agreed upon terms of the divorce and their children will be in Sussanne’s custody.

Sussanne and Hrithik announced their separation in 2013, in an official statement which was a response to numerous rumors floating around. The divorce came as a shock to fans of the ‘Dhoom 2’ star.